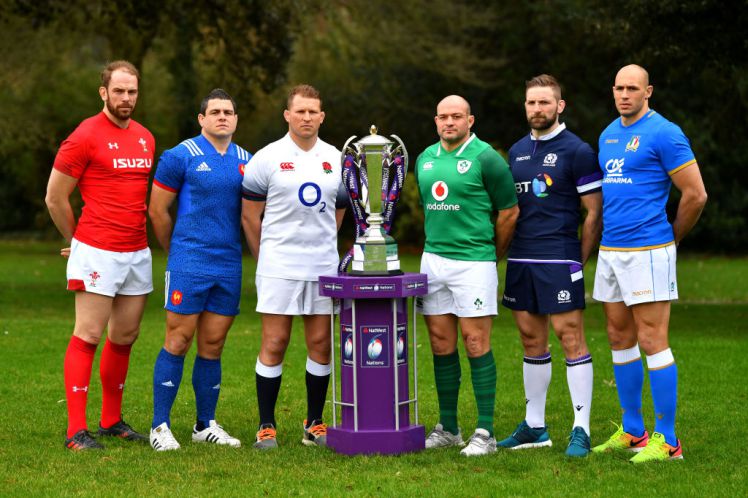 After a short break from action, Europe’s premier international competition returns with arguably the most tantalising trio of fixtures possible – and best of all, there is less time to wait with a bout of NatWest Six Nations Friday night lights.

2018 strugglers France and Italy will do battle on Friday evening to kick Round 3 off, while Ireland welcome Wales to Dublin and England aim to keep their title defence on course with a Calcutta Cup showdown in Edinburgh.

Away from the familiar surrounding of the Stade de France, Les Bleus welcome Conor O’Shea’s Italy to Marseille’s Stade Velodrome on Friday evening for what promises to be a fiercely contested clash.

Off field issues including a police investigation following France’s trip to Scotland mean there has been a raft of changes to Jacques Brunel’s squad as disciplinary procedures take place, yet it may not all be bad for the hosts, who come into Round 3 searching a first win of the 2018 edition of the Six Nations.

Similarly, Italy are winless from their opening two matches and have found themselves on the wrong end of emphatic bonus-point defeats to England and Ireland, while the Azzurri have lost their last five encounters with France and you have to go as far back as 1997 for a successful Italian job on French soil.

Despite both sides propping up with table with two defeats from two, France will be the favourites given history and form – although somewhat ironically – is on the side of the hosts, who pushed Ireland to the brink in the opening round and drove Scotland hard, while Italy have shown little sign of hope.

Saturday’s offering of Six Nations feast begins at the Aviva Stadium with the first of two historic derbies as Joe Schmidt’s Ireland lock horns with Warren Gatland’s Wales in Dublin.

Ireland currently stand at the Six Nations summit, ahead of England courtesy of a superior points difference and will be desperate to keep their title bid on course with victory on home soil, but Schmidt’s side have not triumphed over Wales in the last three meetings between the nations.

Gatland’s troops were victorious in Cardiff last year, while the teams played out a stalemate in Dublin during the 2016 Six Nations and Wales won again in the Irish capital in 2015 during Rugby World Cup preparations.

Wales, though, were defeated in Round 2 by England having made a strong start against Scotland, but Ireland have rampant form on their side after a resounding victory over Italy after their thrilling last-gasp win over France, giving an edge in momentum to the hosts.

While injury problems have plagued the beginning of Wales’ campaign, Gatland’s cavalry is returning, with Dan Biggar returning to fly-half and Liam Williams coming back to the fore, but will it prove enough to overcome a resilient Ireland side in front of a partisan Dublin crowd.

Fresh from a sensational comeback victory over France at BT Murrayfield, Scotland will aim to regain the Calcutta Cup for the first time since 2008 on Saturday evening as they welcome Eddie Jones’ England to the Scottish capital.

Ever since 1879, Scotland and England have done battle for the age-old Calcutta Cup trophy, with the latter triumphing in 45 of 66 encounters, including being unbeaten in the last 10 meetings between the nations, including three wins and a draw north of the border.

Following a strong display on home soil against Les Bleus Gregor Townsend has named an unchanged starting XV for the Murrayfield clash, while England have just one change with Wasps back-rower Nathan Hughes taking the number eight jersey from the injured Sam Simmonds, while Joe Marler comes in among the finishers after completing his six-week suspension.

Defending Six Nations Champions England boast an impressive record under the tutelage of Jones with 24 wins from 25 and Townsend admits Scotland will need a “best ever” performance to overcome the visitors, but the opening 20 minutes will prove pivotal with England making strong starts so far, while Scotland have often been slovenly early doors.