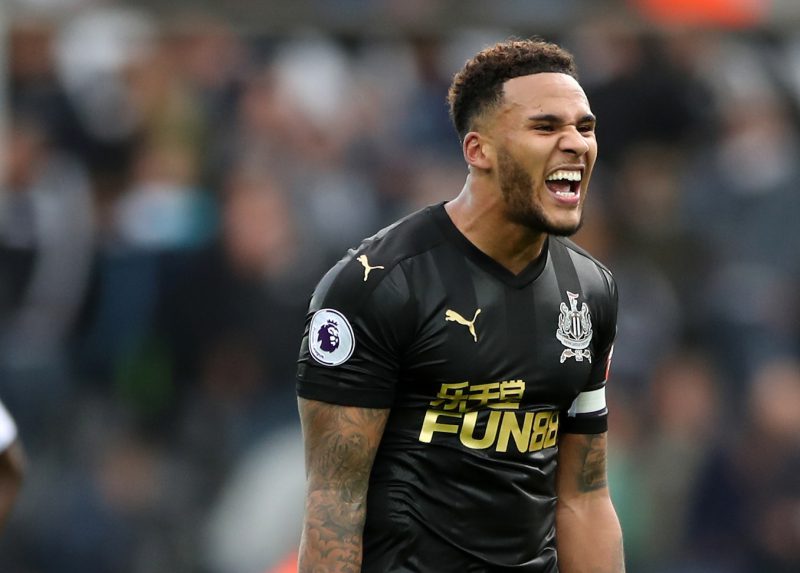 Lascelles has been excellent for Newcastle over the past couple of seasons, leading them back to the Premier League last season and then producing a number of top displays back in the top-flight.

England sources have confirmed to me that 24-year-old Lascelles is being looked at very closely and is being considered for selection ahead of the friendlies with Holland and Italy this month.

Talking about the prospect of being called up, Lascelles said: “It would be great, but the only way I can get there is to put in consistent performances for Newcastle.

“It is every kid’s dream to play for England, of course, but I know I have no chance if I am not giving my absolute all to keep Newcastle in the Premier League.

“The England manager has his set players. He has centre-halves who have been established in the Premier League for some time and I think it will take a lot to edge them out.

“If I keep doing my job, though, I do think I have got a good chance.”

Bookmakers are considering Lascelles as having a real chance of making it and BetVictor have cut his odds to 10/1.

BetVictor’s Head of antepost Football Michael Triffitt commented: “Newcastle defender Jamaal Lascelles is an intriguing outsider been considered for the England 23 man squad for this Summer’s World Cup in Russia.

“With doubts about the form of several more established stars who appeared well ahead in the pecking order,punters have nibbled away at an opening 25/1 and have backed the 24 year old into a current 10/1 quote.”