Phil Mickelson backed for majors in 2018 - The Gambling Times

Phil Mickelson backed for majors in 2018 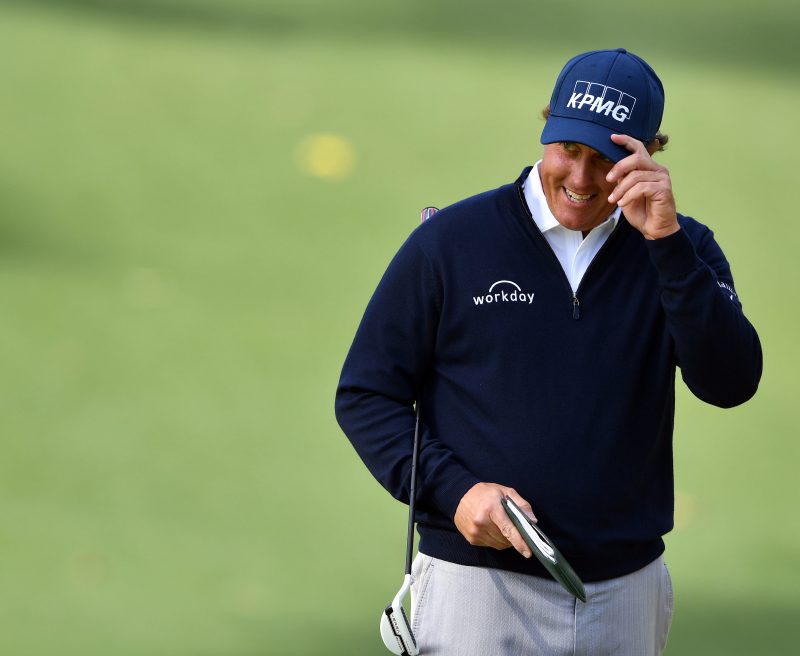 April 7, 2017 - Augusta, GA, USA - Phil Mickelson celebrates after his ball drops for a birdie on the 10th green during the second round of the Masters Tournament at Augusta National Golf Club in Augusta, Ga., on Friday, April 7, 2017. (Credit Image: © Brant Sanderlin/TNS via ZUMA Wire)

Phil Mickelson became the oldest winner of a World Golf Championship event at the weekend and the American star is now been backed for major success in 2018.

The five-time major winner produced a brilliant display in Mexico at the weekend as he took the title via a play-off win over Justin Thomas.

Mickelson last took a major in 2013, but he odds for victory at The Masters next month have been cut.

At 47, Mickelson would become the oldest winner of the Masters, eclipsing the famous 1986 victory of Jack Nicklaus at the age of 46, while a victory at Augusta next month would also take him level with Tiger Woods and Arnold Palmer on four Green Jackets.

Lawrence Lyons, spokesperson for BoyleSports said: “It’s been a long wait but Phil Mickelson was warning us that a win was just around the corner and now he’s insisting that more are on the way.

“Phil’s current form coupled with an impressive record at The Masters is a dangerous combination for us and with his odds being cut into 18/1 from 28/1 overnight, ‘Lefty’ is now a big loser for us if he goes on to claim his fourth Green Jacket.”