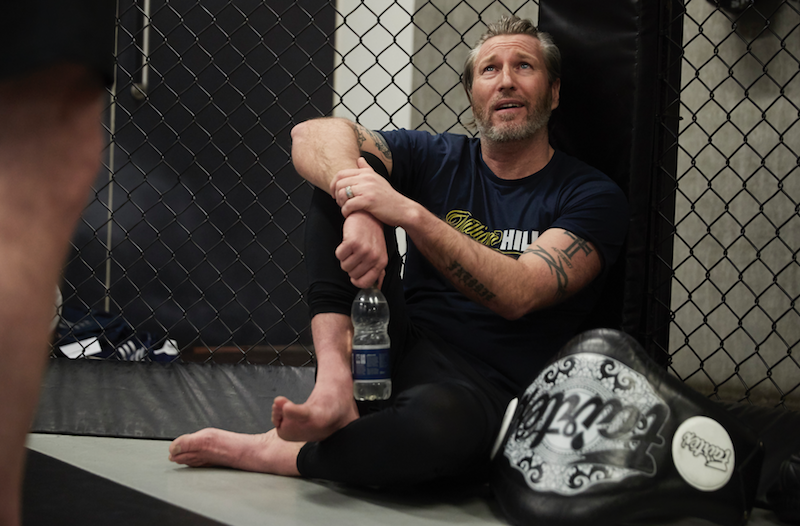 Former footballer turned pundit and William Hill ambassador, Robbie Savage, is put through his paces in a brutal UFC training session with Conor McGregor’s striking coach, Owen Roddy, ahead of UFC 127 at the 02.

Savage’s perma-tanned blonde locks experienced the same workout as The Notorious by the coach that has helped McGregor become a $100 million fighter.

Roddy challenged Savage’s striking, grappling and jujutsu moves to see if there was a glimmer of hope that Savage could make the move to the octagon.

Owen Roddy: “Fair play to Sav, he gave it go, but I don’t think he is cut out for the UFC. His power and fitness are light-years away from Conor’s, I have had harder sessions on the pads with my seven-year-old daughter. Much like Mayweather, Savage would be torn apart if he stepped into the Octagon.”

Robbie Savage, William Hill ambassador, said, “After being battered and bruised for 60-minutes, I’ve got so much respect for MMA fighters, I’m definitely sticking to punditry and a flutter on the fights this weekend!

“The fitness levels of these guys is incredible; I did ten percent of Conor’s pyramid warm up and was seriously blowing!  I made a career of kicking people but when it came to the striking, I was more conference than Premier League.”

I'm going to stick to punditry and have a flutter on #UFCLondon with @williamhill after @TheNotoriousMMA ’s trainer @coachowenroddy battered me this week – MMA is brutal! 👊💪 pic.twitter.com/0wamyYHixs

Savage’s introduction to MMA was developed by bookmaker William Hill to give brand ambassador Savage a better insight into the sport.

The bookmaker recently launched their This Is More campaign with a commitment to give punters better prices, better insight and better content.

William Hill will not be beaten on round betting for the UFC’s tenth London event.