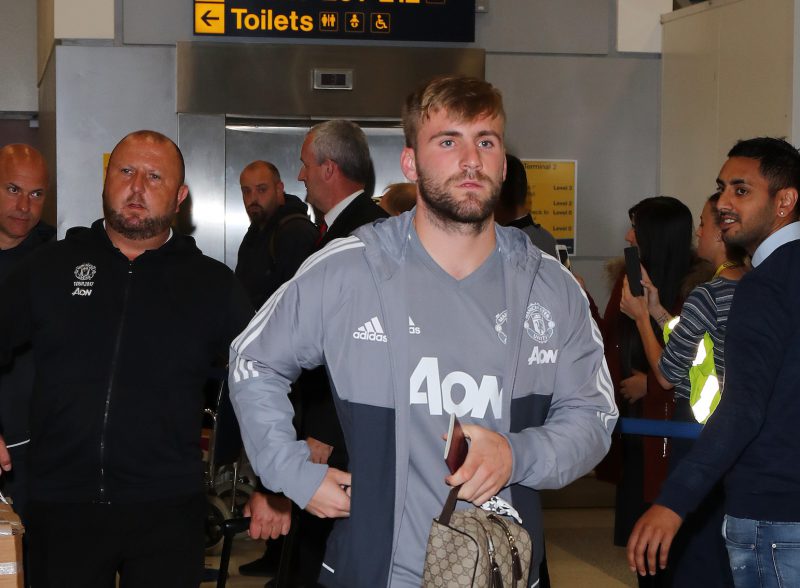 Arsenal have thrown their hat into the ring to land England full-back Luke Shaw this summer.

Manchester United boss Jose Mourinho has made it clear he is not happy with the 22-year-old, and singled him out for criticism following their 2-0 FA Cup win over Brighton – which saw Shaw substituted at half-time.

United are now ready to move on from Shaw, with Mourinho feeling he has no long-term future at the club – something he has made clear to the club’s hierarchy.

With Ashley Young proving he is a more than capable of playing left-back and with Tottenham’s Danny Rose firmly in United sights to come in this summer – Shaw will be allowed to leave.

And I can reveal that Arsenal are ready to lead the chase for his signature with their new scouting Sven Mislintat feeling they could be the ideal club for him to rejuvenate his flagging career.

Shaw has already attracted interest from a host of clubs with Everton, Newcastle and his former club Southampton understood to be keen – whilst Chelsea and Tottenham are monitoring the situation.

But Arsenal are ready compete for his signature and are confident they will land Shaw – who has been limited to just six starts in the league this season.

Bookmakers do not see a future for Shaw and he is 8/13 with Betway not to start another game for United.

Everton are also the early leaders in the market to land him at 4/1, whilst Arsenal are 11/1.

Betway’s Alan Alger, said: “Jose Mourinho has made no secret of his disapproval of Luke Shaw and, having openly criticised him again after their recent FA Cup win, the defender is odds-on to play no further part for United.

“While at 9/2 he may not feature at this year’s World Cup, Shaw could still have his best years ahead of him and Everton lead the way to sign him this summer at 4/1, with Leicester and Liverpool next in the mix at 6/1 and 10/1.”