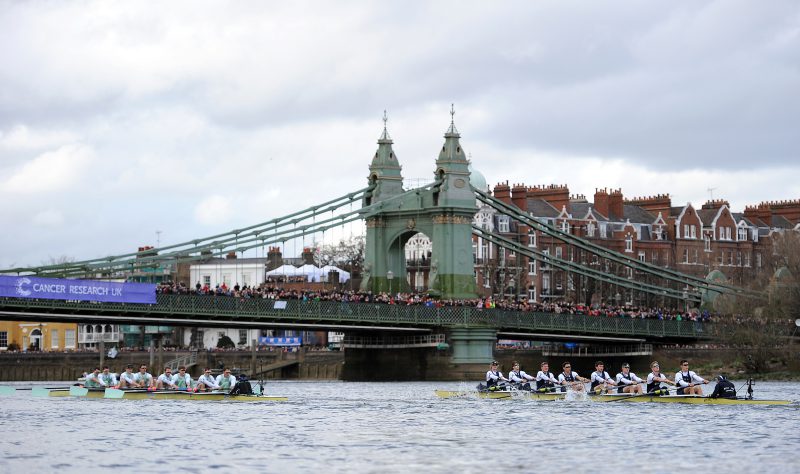 Cambridge are firm favourites to recapture the Boat Race crown in 2018.

The Dark Blues of Oxford took victory on the Thames last year, but the Light Blues – who lead the overall standings 82 to 80, are being backed to win again.

Both teams have been confirmed, as an anticipated 250,00 will watch the two eight-man crews take to the water in the capital.

Ladbrokes make Cambridge firm favourites, and they have revealed that they have already taken a bet of £1,000 on Cambridge to triumph.

The bookies are also going 16/1 about either crew sinking, while 16/1 says a new record is set on the Thames.

Alex Apati of Ladbrokes said: “One punter in particular is seemingly confident in Cambridge, who’ll head into the race as clear favourites ahead of their bitter rivals.”

More about: Other Sports, Previews