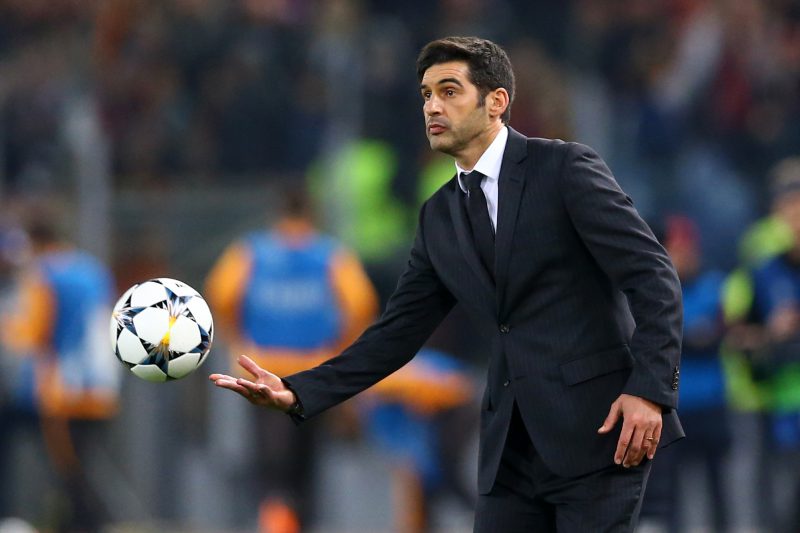 Shakhtar Donetsk boss Paulo Fonseca is on his way to the Premier League this summer, his camp understands.

Sources close to the Portuguese tactician have told me that they believe that he will be in England ahead of next season.

And whilst the sources would not name the suitors – wide-spread reports believe he will be Everton’s next manager, replacing under-fire boss Sam Allardyce.

Allardyce replaced Ronald Koeman, who was axed after a poor start to the season – but that was only after after the club failed for other targets including Marco Silva and Fonseca, who did not want to leave Shakhtar mid-season.

So Allardyce arrived and guided the Toffees away from relegation trouble, but the club’s fans have never been unconvinced by the former England, Sunderland, Bolton and Crystal Palace boss.

Allardyce has a deal until the summer of 2019, but few with knowledge of the situation believe that he will be in charge come the start of next season.

Bookmakers believe that Fonseca will indeed be the next man through the door at Goodison Park and is 7/4 favourite with Betway.

Another previous candidate and fancied is Marco Silva at 5/2 – although the former Watford and Hull boss is understood to be close to landing the Benfica job,

Betway’s Alan Alger, said: “Many think Sam Allardyce’s days at Everton are numbered and the club’s owner Farhad Moshiri hasn’t been afraid to swing the axe in the past.

“Paulo Fonseca is the current 7/4 favourite to take over at Goodison Park ahead of Marco Silva at 5/2.

“Former players Duncan Ferguson and Mikel Arteta are 8/1 and 12/1 while former boss, David Moyes is further down the betting at 16/1.”