Liverpool looking to beat Spurs to Shaqiri - The Gambling Times 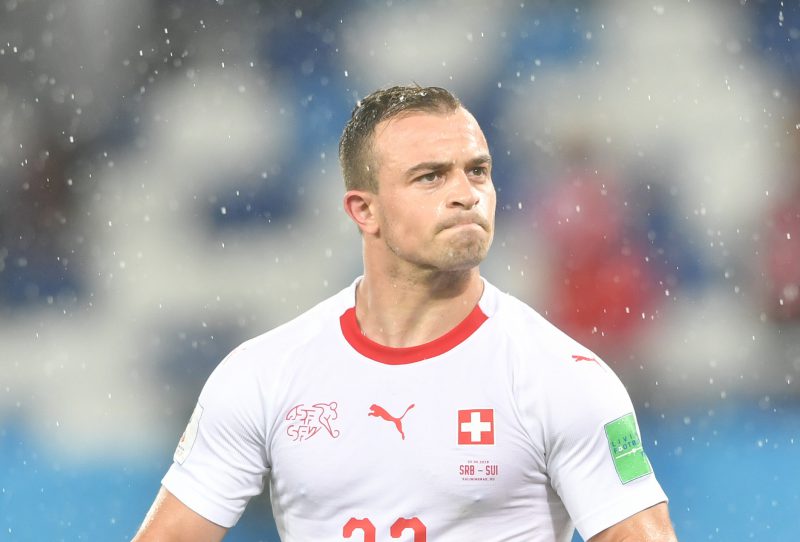 Liverpool believe they will beat Tottenham Hotspur to the signing of Swis star Xherdan Shaqiri.

The Reds are set to offer Shaqiri a better financial package than Spurs, and they think the overall appeal of linking up with Jurgen Klopp will convince the Stoke City winger to opt for Anfield.

Shaqiri has huge interest in his signature, given his is available for just over £13million due to a release clause in his contract – which kicked in following Stoke’s relegation from the top-flight last season.

A number of clubs from the continent are also interested in the former Bayern Munich and Inter Milan wide-man, but he has admitted he would prefer to stay in the Premier League.

The likes of Southampton, Everton and Wolves have shown an interest, but the bargain price has led to the Premier League big guns making a move, and now it appears to be a straight contest between Spurs and Liverpool.

And sources close to the situation believe that Liverpool are now in pole position to land the Swiss ace ahead of Spurs, but they also insisted Shaqiri would not be signed instead of Nabil Fekir – with the Reds still eager to land the Lyon star.

Bookmakers firmly believe that Liverpool are going to land Shaqiri, and they are now odds-on to land him at 2/7 with Tottenham out to 5/1 with Ladbrokes.

Alex Apati of Ladbrokes said: “Shaqiri’s performances in Moscow have forced us to cut odds on Liverpool making a shock summer move.”

Bookmakers are backing another all English Champions League final in 2020.