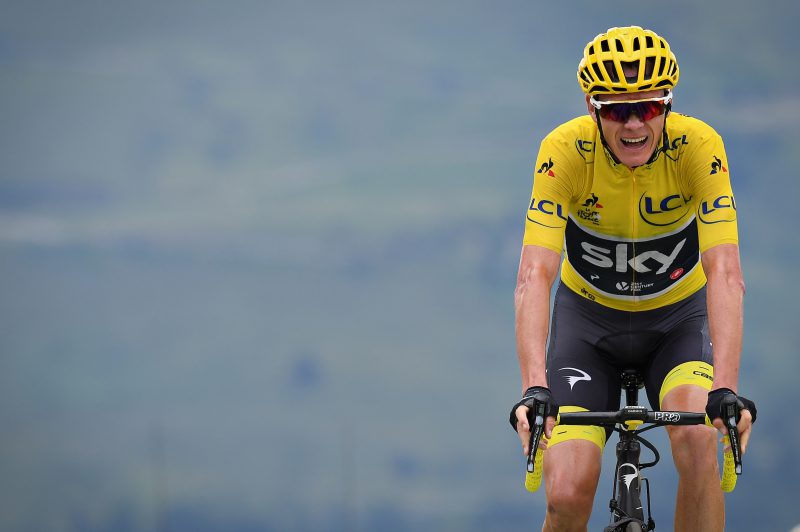 Froome is delighted to have the chance to take part, after seeing his recent anti-doping case dropped. Before now Tour De France organisers had questioned his participation whilst the investigation continued.

Cycling’s world governing body, the UCI, has been investigating the 33-year-old after more than the allowed level of legal asthma drug salbutamol was found in his urine – but World Anti-Doping Agency (Wada), working with the UCI, ruled there was no breach and recommended the case is dropped.

Froome himself is now focused on claiming another title, saying: “The last nine months have been really difficult for me and my family and my colleagues. It’s great for everyone involved and great for the sport that we can put those answers to bed now and get on with the bike racing.”

Froome’s main rivals for the title are his former Team Sky domestique Richie Porte, Italian Vincenzo Nibali – winner of the Tour in 2014 – and Colombian Nairo Quintana.

There could also be some British pressure on Froome, though, with Sky team-mate Geraint Thomas and youngster Adam Yates both expected to feature prominently in the coming weeks.

Home hopes rest on Romain Bardet, who has finished second and third in the last two years.

Away from the Yellow Jersey hunt, and another Brit is gunning for history as sprinting star Mark Cavendish is looking to surpass Eddy Merckx’s 34 stage wins…he currently has 30 to his name.

“At the end of the day, four seems close but it’s so far away,” he said.

“Thirty-four [stages] is the target of my career. I’d like to get it but it is easier to say than actually to do. The perception is that I’ve always made winning look easy. People think it’s easy, but they don’t see what’s behind it, the time away from the family. The days spent climbing, training out in all weather, climbing but trying to keep the speed for the sprint. I’m lucky that when I do win, I make it look easy.”

The tour itself, consisting of 22 teams and 176 riders, begins in the Northern French town Noirmoutier-en-l’Île – ahead of 21 stages across France and Spain. The 2018 tour will be the shortest this century.

Recently cleared to ride by the UCI after the investigation into his adverse analytical finding for Salbutamol, Chris Froome is ready and focused in his attempt to make history.

Having already won this year’s Unibet sponsored Giro d’Italia, he is now aiming for his fifth Tour de France, fourth consecutive Grand Tour and the first Giro-Tour double since the late, great Marco Pantani in 1998. However, the favourite for the Tour de France, priced at 13/10, very much has it all to do. He will have to battle not only the rest of the field and the weight of history but also the small hurdle of the French public, unlikely to have forgotten his run in with the UCI, cleared or not, and with a history of displaying their dislike for the Englishman.

As ever the Tour boasts the strongest line up of the year: Froome’s former team mate Richie Porte at 17/4 and climbing specialist Nairo Quintana at 8/1 are obvious threats but the real value may well be found a bit further down the outright list, with the last man to beat Froome, Vincenzo Nibali, possibly looking well priced at 10/1 and entering the race fresher having skipped the Giro.

We will likely know plenty more about his chances after the first stage, in which Fernando Gaviria is the 11/5 favourite, and stage 9, where the cobbles which have done for Froome before will again come into play.

There are plenty of markets at unibet.co.uk including stage betting, jersey betting and rider Head 2 Head as well as betting on all classifications, including Young Rider