Europe odds-on to take back Ryder Cup - The Gambling Times 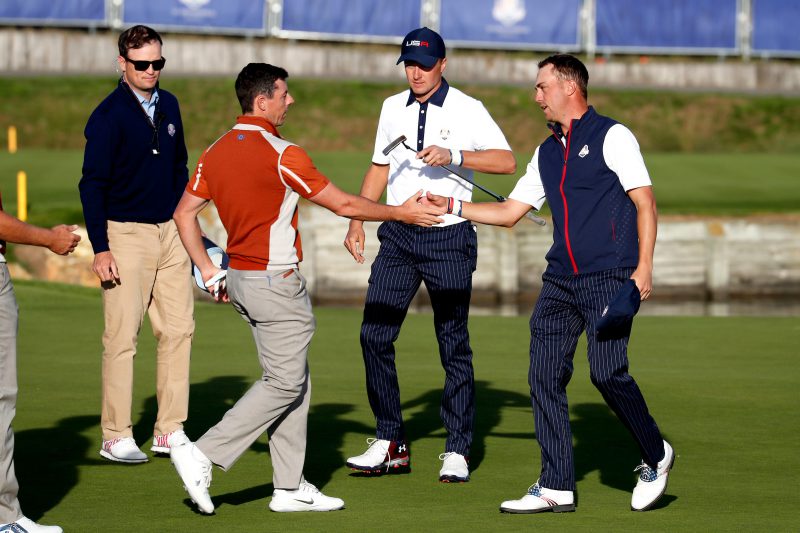 Europe are now just 2/11 to get their hands back on the Ryder Cup as they secured a four-point advantage after two days of play.

Thomas Bjorn’s troops got on top by 3 points to 1 in the morning fourball session, before a 2-2 share of the spoils in the afternoon foursomes contributed to an overall lead of 10-6 in Europe’s favour.

It has been mostly one-way traffic in the betting with Europe now closing to 2/11 with BoyleSports to win their sixth consecutive Ryder Cup on home soil. Jim Furyk’s USA side are out at 7/1 to reach the 14½ points required to win the tournament outright as they seek to overhaul the same deficit overcame by Ben Crenshaw’s USA side on way to winning the 1999 tournament at Brookline.

The USA are 4/1 to take the trophy back Stateside, which they will do should they at least come away with a 14-14 tie come the end of the singles matches on Sunday evening.

Lawrence Lyons, spokesperson for BoyleSports said: “Europe of course are in pole position but the odds-on quotes like their 2/11 have been smashed before thanks to the tide turning on the Sunday.

Jim Furyk will need to get some red on the board as soon as possible but we’ve seen it before; a strong start can lead to stunning comebacks in this format and we know the 7/1 will be hammered if the USA get out of the traps quickly.”