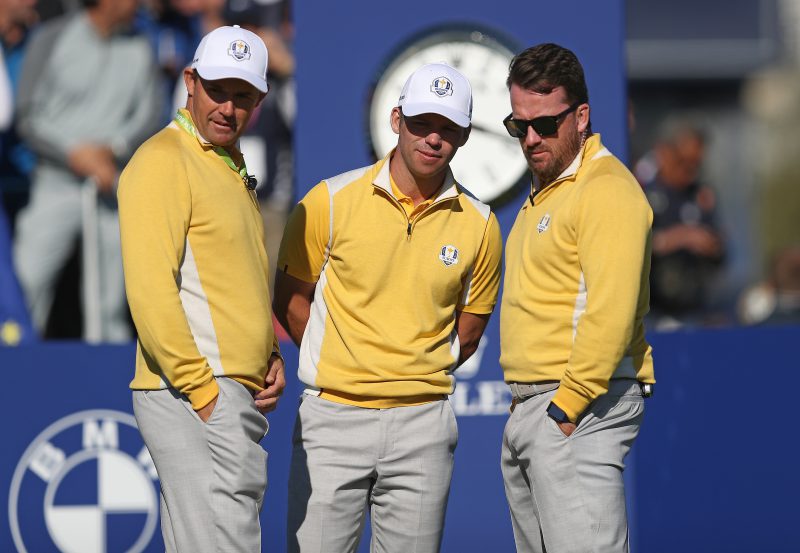 Padraig Harrington is firm favourite to be named Ryder Cup captain for the defence of the trophy in 2020.

Europe successfully recaptured the trophy from the United States with a comprehensive 17½-10½ defeat at Le Golf National.

Team Europe – who have dominated the Ryder Cup recently with 7 wins from the last 9 matches – will defend the trophy at Whistling Straits in Wisconsin in 2020 – and Harrington is being tipped to land them.

“I wouldn’t do it without a certain trepidation because it’s not easy, it really isn’t easy. It’s a tough, tough job,” said 47-year-old, who is a veteran of six Ryder Cup – including four victories, and was also a vice-captain to Thomas Bjorn in France.

“But on balance yes, I want to be a Ryder Cup captain at some stage.”

Harrington’s claim have been backed by Rory McIlroy – who thinks he would be ideal for the role, and it would also see him become the third Irish captain appointed in the last four years following on from Paul McGinley in 2014 and Darren Clarke in 2016.

“I think the continuity in the European camp having all these vice-captains this year and preparing for captaincy down the road has been a huge foundation of why we’ve been so good,” he said.

Coral’s make Harrington 1/2 favourite to be named the next captain, ahead of Lee Westwood at 2/1.

“Padraig Harrington played a big hand in Europe’s victory in Paris as one of Thomas Bjorn’s vice-captains and the betting suggests he will get the chance to lead the team in 2020 when they travel to the USA to try and retain their trophy,” said Coral’s John Hill.