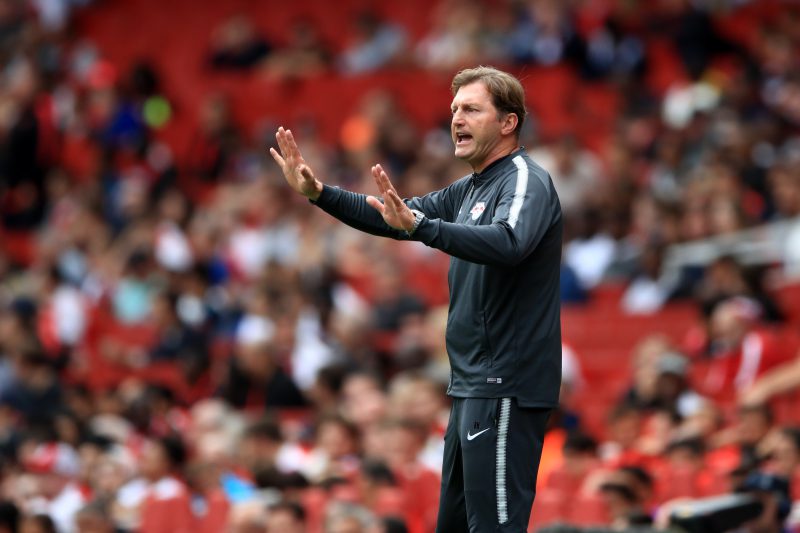 Ralph Hasenhuttl is favourite to succeed Mark Hughes as manager of Southampton.

Despite a weekend draw with Manchester United, the Saints hierarchy decided to end Hughes’s stint at St Mary’s.

Now a host of names are being linked with the likes of Quique Sanchez Flores, Brendan Rodgers and Leandro Jardim understood to be thought of very highly within the corridors of power at the club – but it appears Austrian Hasenhuttl is the favourite.

Hasenhuttl, 51, plays progressive closing down football which is believed the way Southampton want to go, and the fact he is out of work also helps. He left his role in charge of RB Lepzig – who he helped cement their place in the Bundesliga following promotion to the top-flight.

Bookmakers have reacted and although Sanchez Flores was early favourite, Hasenhuttl is now odds-on to land the job.