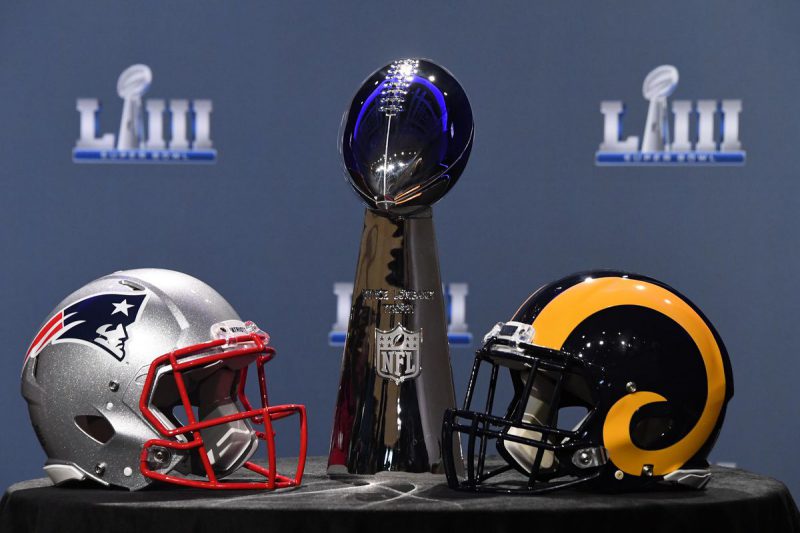 The big one is here Super Bowl takes place on Sunday evening with New England Patriots and Los Angeles Rams clashing in Atlanta.

The Meredez-Benz Stadium hosts the biggest game of the American Football season – which is one of the top sporting evens of the season.

Our own Graeme Bailey, Coral’s John Hill and Pete Koury, an executive Sports Producer for America’s biggest radio station SiriusXM, deliver their verdicts every week on the NFL.

Here are for the Super Bowl…

SUPER BOWL PICKS with all odds provided by Coral

John’s Super Bowl pick: New England win – Patriots 34 Rams 20
As good as the Rams have been this season, I just can’t back against Brady and Belichick.

Graeme’s Super Bowl pick: Los Angeles win – Rams 28 Patriots 17
Old guard against the New Order – but I am backing Aaron Donald to show he is the best player in the NFL and get after Brady and leads the Rams to victory.

Pete’s Super Bowl pick: New England win – Patriots 34 Rams 28
Tom Brady hasn’t been sacked in the post-season and if he’s given time, he will pick you apart. If the Patriots offensive line can neutralise Donald & Suh, it could be a long night for the Rams defense.