PayPal and FA team up to launch app - The Gambling Times

PayPal and FA team up to launch app 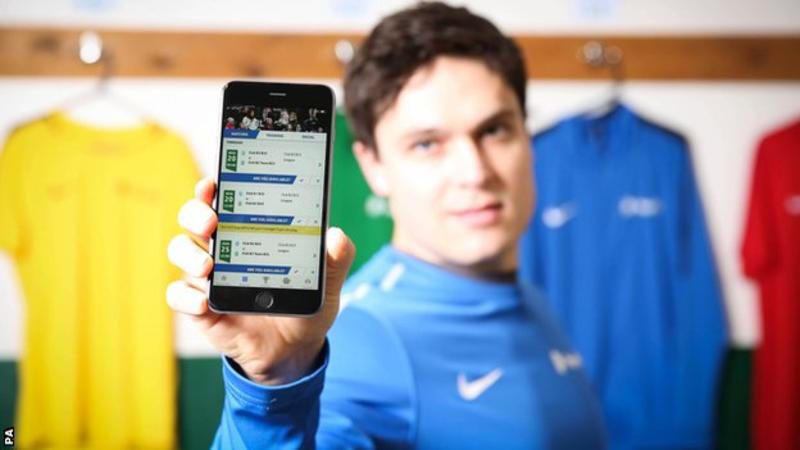 PayPal has joined forces with The Football Association (The FA) to enable over a million grassroots players to pay their match fees with their smartphones.

Until now, the grassroots game has largely relied on money changing hands in person, with 80% of clubs taking cash and 38% using old fashioned cheques to collect payment.

The sport’s reliance on cash and cheques means many clubs suffer from late or missing payments. 74% of club officials admit they waste time chasing late payments from players and parents, and a third of clubs report that up to 40% of their match fees are not collected. The FA estimates that grassroots clubs subsequently miss out on millions of pounds of uncollected fees every season.

From today, The FA Matchday App  will transform how grassroots managers, players, and parents pay their match fees, annual subs, and even fines incurred for receiving a red or yellow card .

By digitising payments through The FA Matchday App, The FA and PayPal will simplify the collection and tracking of money for people who manage grassroots football teams. In fact, 71% of club officials have said they would welcome a new online payment system that could help them to collect match fees in a quick, simple and more secure way (1). The app enables club officials to spend less time chasing and counting cash, and more time invested in running their teams.

Commenting on the news, England football legend Lee Dixon, said, “Paying with cash in grassroots football has been a problem for years. When I first started playing, my mum would give me a couple of pounds to pay my subs, which I’d tuck it into my sock. Come full time I’d have lost the coins and my manager would be out of pocket. Things haven’t really changed in decades. We shouldn’t underestimate what this app could do for the grassroots game. Providing teams with steady income is essential to the sport’s future success.”

Russell James, Director of Digital Engagement at The FA, said: “This signals our intent to further bring grassroots football into the digital age, making the game more accessible for all. Importantly this service will help save time and reduce administration for those people who dedicate their time to organising the football that so many people enjoy. Working with PayPal, the market leaders in their field, can only have a positive impact for everyone at grassroots football.”

Rob Harper, Director of Mobile Payments at PayPal UK, said, “Technology is enabling us to move away from cash in almost all aspects of life, and the beautiful game is next. Those forgotten fivers to pay for subs soon add up, and become a real headache for managers. Together with The FA, we’ve devised an easy way for players to leave their wallet or chequebook at home, and use their PayPal digital wallet to settle up instead. With over 24 million PayPal account holders in the UK, we are well placed to drive positive and lasting change for the sport.”

The FA Matchday App has also been developed to reduce the time and effort needed to run a grassroots football team. It allows club secretaries, managers and coaches to organise matches and training, select their line-up, and instantly give updates to their team. Players can share their availability, view all future fixtures and keep an eye on the tables and results.

This announcement comes as The FA signs a new four-year partnership agreement with PayPal. Along with The FA Matchday App, the partnership will see the two organisations collaborate on further initiatives to support grassroots football. Later this year, teams will be able redeem free football training kit and equipment.