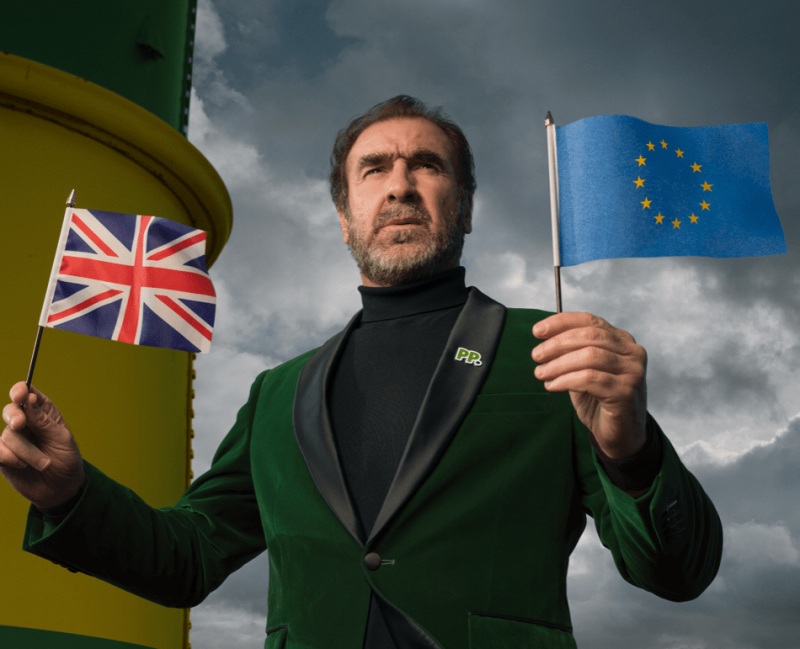 Eric Cantona has weighed into the carnage around Brexit, as he offers Brits an escape from the incessant talk about the process.

As uncertainty and debate rages, Paddy Power have released a video of one of football’s greatest European imports, encouraging Britain to make an exit of their own – from Brexit.

That’s because the Irish bookmakers have created a ‘Brexit bunker’, somewhere between the UK and France, to escape from the carnage.

In the film unveiling the bunker, and the competition to stay there, Cantona recreates Theresa May’s infamous dance moves, mocks Boris Johnson and Jacob Rees-Mogg, and references David Cameron’s love of pigs.

He also shows how the facility comes stocked with supplies and rations – including tinned sardines. Of course.

“I have created the Brexit Bunker: A British Noah’s Ark! Here, one specially selected Brit can take shelter from the constant bombardment of Brexit chatter, thanks to Cantona and Paddy Power.”

“The Frenchman has opened our Brexit Bunker, where he practiced his Prime Ministerial duties – dancing, that is – and now wants to offer a lucky Brit the chance to escape the ensuing political noise.

“And where else to do that than a fortified structure in the middle of the sea, with no access to news or social media.”