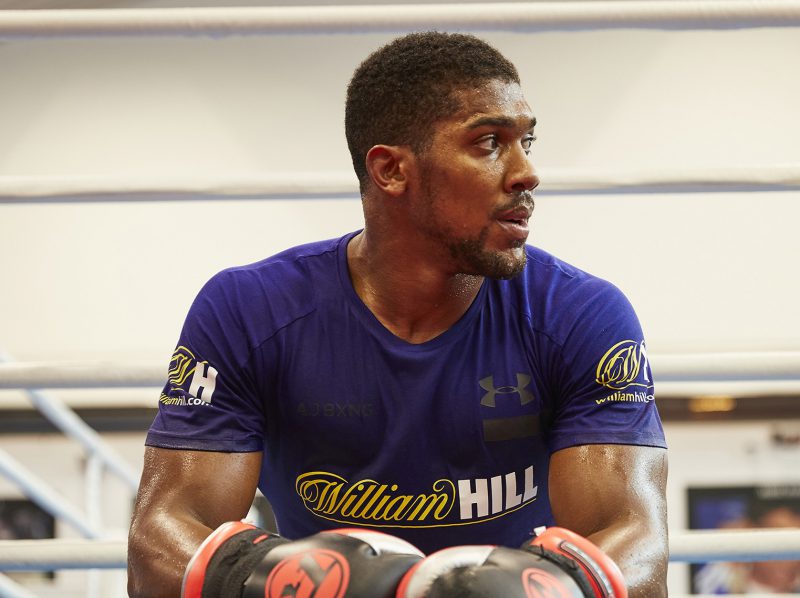 The new multimedia campaign is the first of its kind for William Hill as it is brand-led, with the campaign weighted towards more post-watershed TV spots as well as cinema and outdoor, rather than the traditional bookmaker concentration around live football.

Joshua became a William Hill ambassador in 2018 but this is the first time he has been used in an advertising campaign by the company.  The company has also used the creative to promote safer gambling messages – the first time it has integrated its marketing creative in this way.

30 second versions will run the following week.  Initially it will be a six week campaign building up to Joshua’s world title defence on 1st June in Madison Square Garden.

“We’re really excited about AJ, our global brand ambassador, featuring in his first ad for us. The advert shows AJ landing a knockout blow before enjoying the moment as everything freezes while he dances around the stadium before returning to the ring to the adulation of his fans, said Charlotte Emery, Global Brand and Marketing Director at William Hill.

“The story emphasises how William Hill want all our customers to enjoy their betting with us and celebrate the moments while staying in control.  We opted for black and white and a highly stylised creative to really separate this creative in tone and quality from the rest of the sector.”

“I was delighted when William Hill asked me to be in their new advert. They are one of the biggest brands in the UK and it’s great to be part of the campaign, said Anthony Joshua.

The sign off strapline on the advert is ‘Heavyweights since 1934’ which emphasises the company’s scale and heritage rather that the traditional odds or offers seen in most advertising from betting companies.

Four safer gambling treatments will be used on social media and integrated into customer comms messages include:  Know where you stand; Keep it fun; Control is everything and Take a Break.

Emery continued:  “Joshua is himself growing into a global brand so he is an ideal fit for William Hill as we become more global and this campaign will continue to build all the way up to his first fight in the US on 1st June at Madison Square Garden.”

Tyson Fury is odds-on favourite to win his rematch with Deontay Wilder in February.