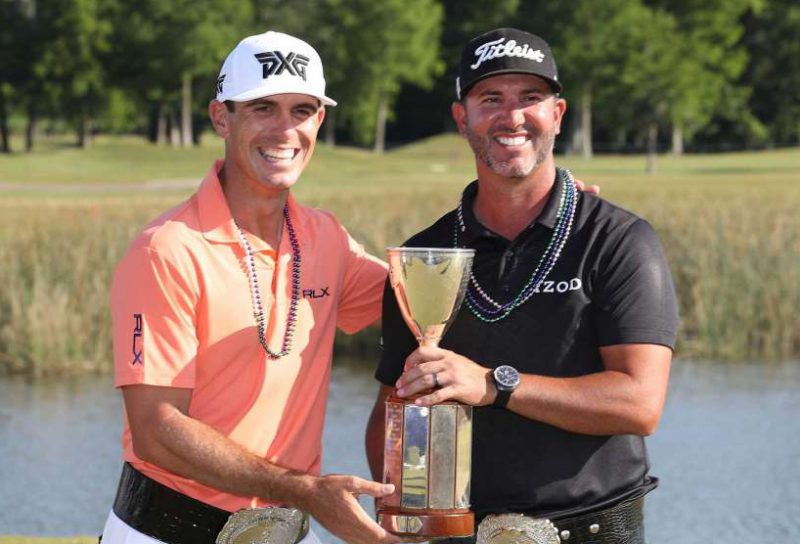 OVERVIEW: A bit of a different flavour on the PGA Tour this week as it is the Zurich Classic, a team event involving 80 teams of pairs.

And despite the unusual concept the tournament is proving more and more popular, and the players are turning up. Favourites are Australian dual major winners Jason Day and Adam Scott, who are favoured just ahead of popular European pair Tommy Fleetwood and Sergio Garcia. Defending champions are Billy Horschel and Scott Piercy. 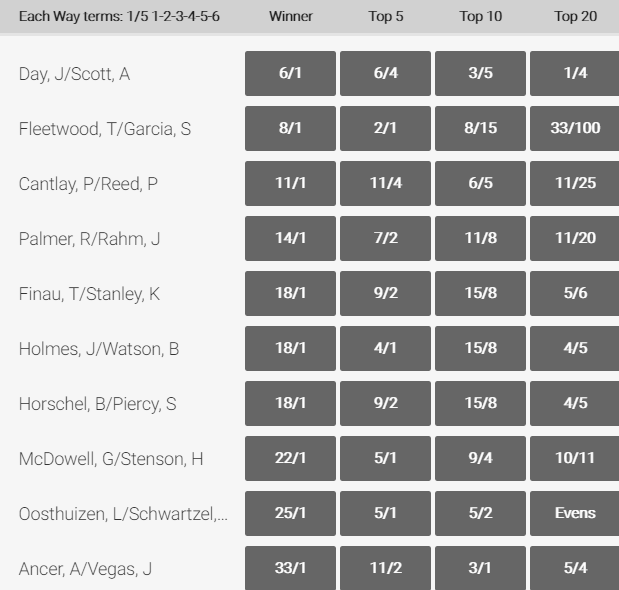 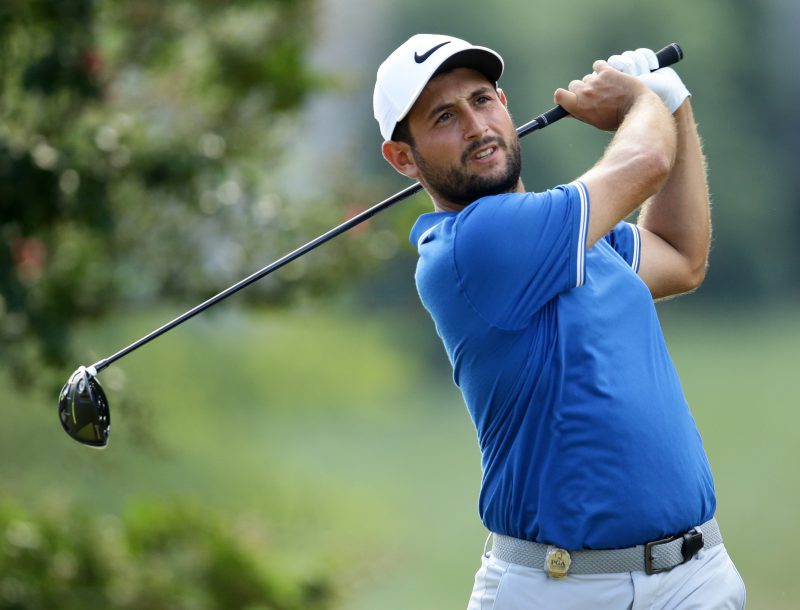 OVERVIEW: The European Tour returns and is in Africa for Hassan II Trophy.

Again it is not one of the strongest fields with Alexander Levy the returning champion and he is amongst the favourites again along with the likes of Joost Luiten, Victor Dubuisson and Andy Sullivan. 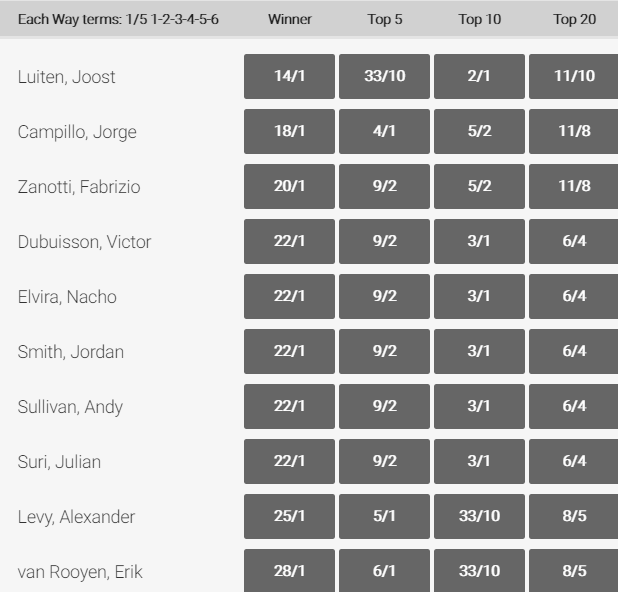 The Zurich Classic remains something of a mystery to punters with the newly-invented ‘pairs format’ seemingly reinvigorating the event, which is now in it’s third year in it’s current format. Kevin Kisner and Scott Brown were unlucky not to beat the duo of Jonas Blixt and Cameron Smith in the inaugural year in 2017, and must go close this year at the price of 33/1. A final round 77 ruined their chances last year when entering the final round with a one-shot lead, but they clearly thrive in the format and look huge at the prices. Kisner in particular thrives in the format, winning last month’s WGC Matchplay in Austin, and I expect him to translate that form to the pairs format.

I can see the team of Whee Kim and Sungjae Im out-performing their odds of 90/1 and likewise fancy the chances of rookie Abraham Ancer pairing with proven tour performer Jonatan Vegas. The latter have been well-supported already, but are still a fair price at 33/1 and 6 places to each-way punters with 32Red.

The European Tour returns with the Trophee Hassan and it’s no surprise to see Joost Luiten head the market given his excellent course form. The Dutchman has bettered his performance in each of the last four appearances, finishing inside the top 20 on all four visits to the course, and has been in great form since returning from a wrist injury towards the end of last year. He’s short enough at 14/1 however, and preference lies with Nacho Elvira at 22/1 after his excellent performance here when losing in a play-off 12 months ago. The Spaniard keeps knocking on the door and  is worth persevering with given how well he contninues to play on tour. At bigger prices,  the pair of Thomas Detry and Kurt Kitayama are too big at 40/1 given the pair are both big-hitters and boast the necessary distance for the monstrous 7557-yard par 72 course.

The Zurich is a very entertaining affair with the recent change to a team format and it is hard to make a selection, but Partick Cantlay and Patrick Reed are both great competitors and I think they could easily come out on top.

As for the Hassan Trophy – for me I think that Alexander Levy has a very good chance of retaining his title in Morocco.