OVERVIEW: Despite only being founded in 2003, the Wells Fargo Championship has become a hugely respected event, due to it’s ability to pull in very good fields and also that it is staged at Quail Hollow – often regarded as one of the best in America. Quail Hollow is renowned for the ‘Green Mile’ its last three holes, one of the toughest closing stretches in world golf.

Jason Day is the defending champion and starts as one of the favourites. Rory McIlroy is at the top of the betting, and he has a liking for this event having won twice – his win in 2015 saw him claim victory on a figure of -21 which meant his margin of success was a record seven shots. Justin Rose, Rickie Fowler and Tony Finau also feature in what is a top line-up. 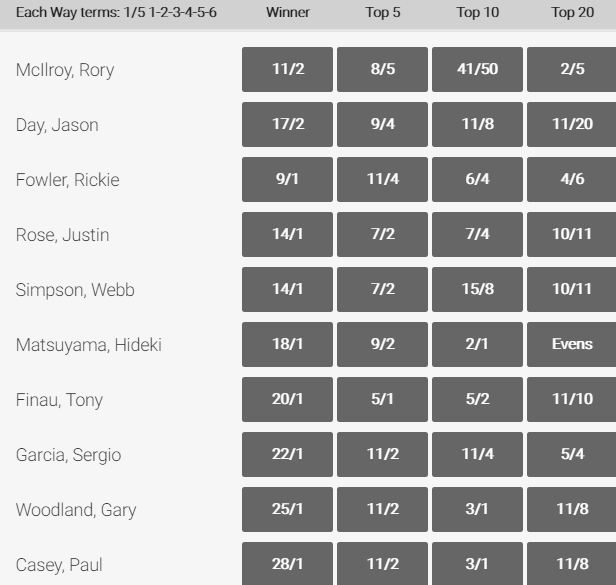 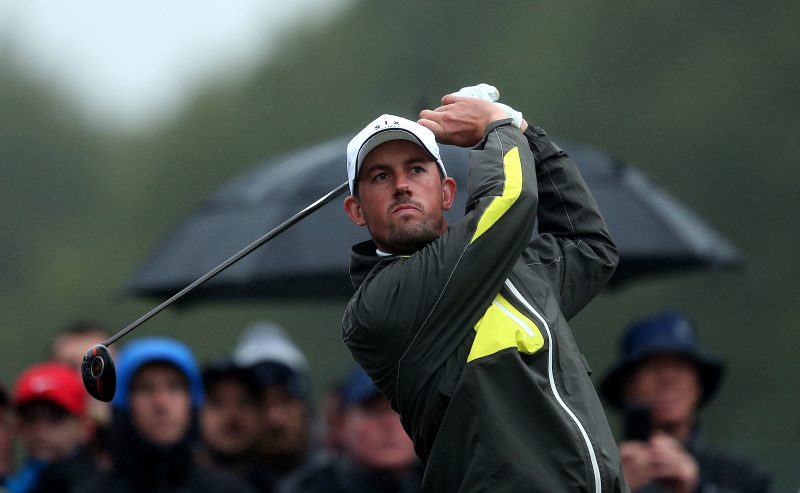 OVERVIEW: The European Tour moves into China with the Volvo Open, and it boasts a more than decent field at Genzon Golf Club – which is hosting for only the second time.

Haotong Li is the local hero, and his presence gives the tournament huge credence and he is favourite to take his second Chinese Open. The defending champion Swede Alexander Bjork, who is also amongst the front-runners. 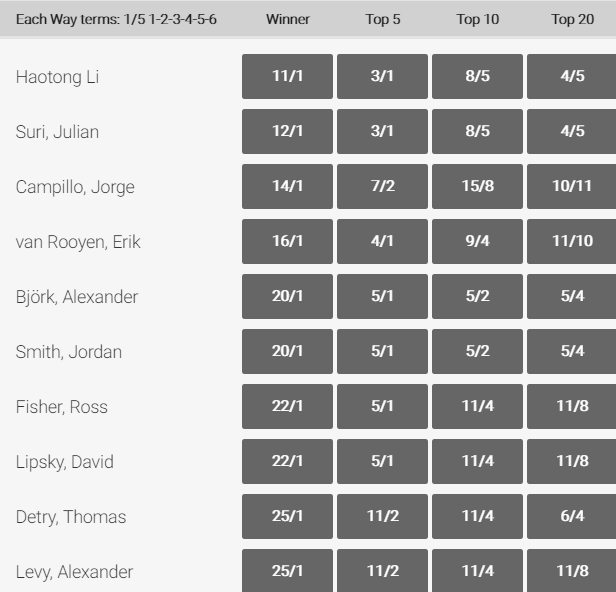 The smell of burnt fingers continues to waft alongside Thomas Detry, with the big-hitting Belgian playing with credit last week, but ultimately missing out on any place money in Morocco. He should likewise enjoy China’s lengthy par72 course but has to be over-looked in favour of the pair of Scott Hend and Sam Horsfield at 45/1 and 40/1 respectively with 32Red.

Both have enough length off the tee to punish the course’s par 5s and have been brilliant in patches during the last 12 months.

Rory McIlroy is a deserved favourite around his beloved Quail Hollow but is surely best watched after a return from a small break. McIlroy’s main aim will be the PGA in two weeks’ time and preference lies instead with Adam Hadwin, who has been backed into 100/1 from 150s already with 32Red, and Sam Burns at a likewise inviting three-figure price.

The former is formidable tee-to-green and should be there or thereabouts at a course where you need to find fairways and greens, whilst Burns was back to form two weeks ago at The Heritage and could cause something of a surprise if he gets going with the flat-stick.

Quail Hollow is a wonderful track, and it is no surprise how many big guns love playing there. I think the two favourites Rory McIlroy and returning champion Jason Day are very hard to look passed here, they both enjoy the challenge, away from those two and I would consider Phil Mickelson to go well.

The China Open is a decent event but having Haotong Li is key, and I would not be looking much passed him here, although I think Alexander Levy is a good bet – he likes this event and he won last time at Genzon too.