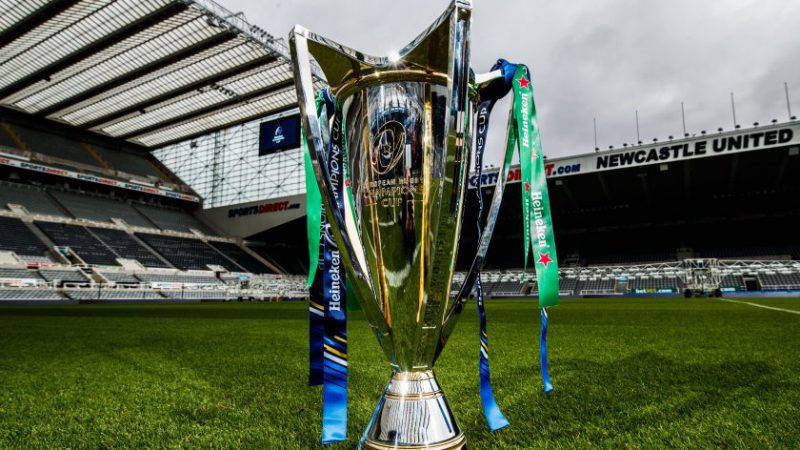 European’s most prized club rugby trophy goes up for grabs as a week of sporting extravaganzas continues at St James Park, with Leinster Rugby and Saracens locking horns.

Defending champions Leinster Rugby travel to Newcastle bidding to be the first club to win five European titles, while Saracens are seeking a third continental crown.

Victory over Munster led Saracens to the European top table once more, while Leinster overcame Toulouse to claim their place in the grand showpiece event.

Following the riveting Six Nations clash between Ireland and England in the Natwest Six Nations, there will be a lot of renewed rivalries with a host of international on display.

Leading Champions Cup points scorer Owen Farrell, 79 so far, will do battle once again with reigning World Rugby Player of the Year Jonny Sexton in what come down to a kicking contest and a test of which number 10 has the most composure.

Saracens have endured an indifferent season, but the European stage always brings the bullish best out of the Premiership side, while Leinster are on the verge of history.

Even Farrell admits Saracens face a stern challenge this weekend, but retains hope. He said “When you look back at all these big clubs and they’ve got all those stars by their name, you look at it in admiration and think, ‘what a club’.

“We want to make sure we make the most out of each opportunity we get and we’ve put ourselves in a good position this year.”

In what promising to a mouthwatering and historic finale, Leinster’s quest for unchartered ground and record-breaking feats could well just take them over the line.

Bookmakers almost find the game to close to call, with hardly anything separating the two sides. BoyleSports make Saracens narrow favourites at 4/5 ahead of Leinster at 6/5.

BoyleSports spokesman Lawrence Lyons said: “The betting is extremely close for this one and although Saracens remain the favourites, they have drifted to 4/5 from their original price of 8/11.

“Leinster have enjoyed plenty of Irish support this week at 6/5 but the fact that our handicap betting suggests just 1 point could be enough to swing it in either team’s favour is a clear indication of how close punters are expecting this one to be.”