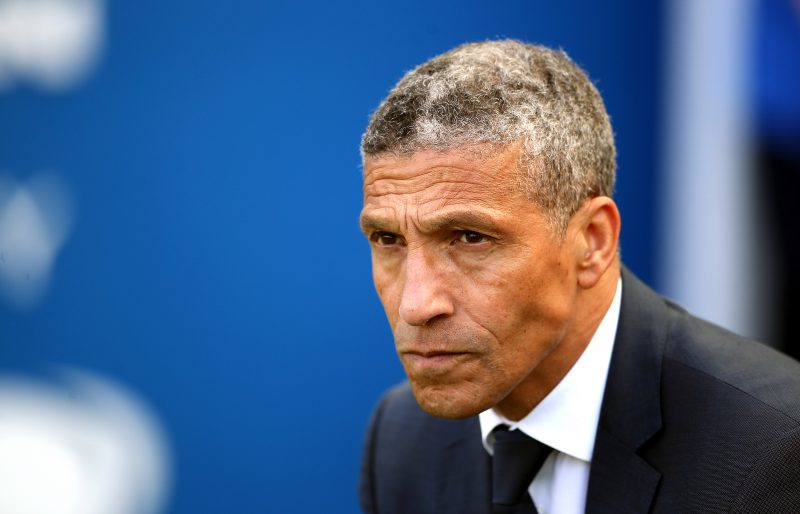 Chris Hughton has been sacked by Brighton & Hove Albion less than 24 hours after the Premier League season finished, and they already identified Graham Potter as the man they want to replace him.

Brighton, who finished fourth from bottom, won just three of their last 23 league games and that form was just not good enough for owner Tony Bloom.

Bloom said: “Chris has done an excellent job over the past four and a half years. First stabilising our club, reaching the play-offs in his first full season, securing our first-ever promotion to the Premier League, and retaining our status in two successive seasons.

“Undoubtedly, this has been one of the most difficult decisions I have had to make as chairman of Brighton & Hove Albion, but ultimately one I have made due to how we struggled in the second half of the season.

“Our run of 3 wins from 23 Premier League matches put our status at significant risk. It is with that in mind, and the performances during that period, that I now feel it’s the right time for a change.”

Brighton appointed Football Association chief Dan Ashworth as their new sporting director earlier in the year, and it is understood he has decided that Swansea boss Potter is the man they want.

Potter was only appointed at Swansea last summer after performing very well at Swedish outfit Ostersund – but now he is set to be given the chance to move to the Premier League.

Sources close to the situation believe talks are already taking place between the two clubs.

And Bookmakers certainly think it is a done deal, with PaddyPower making Potter 1/8 favourite to land the role.