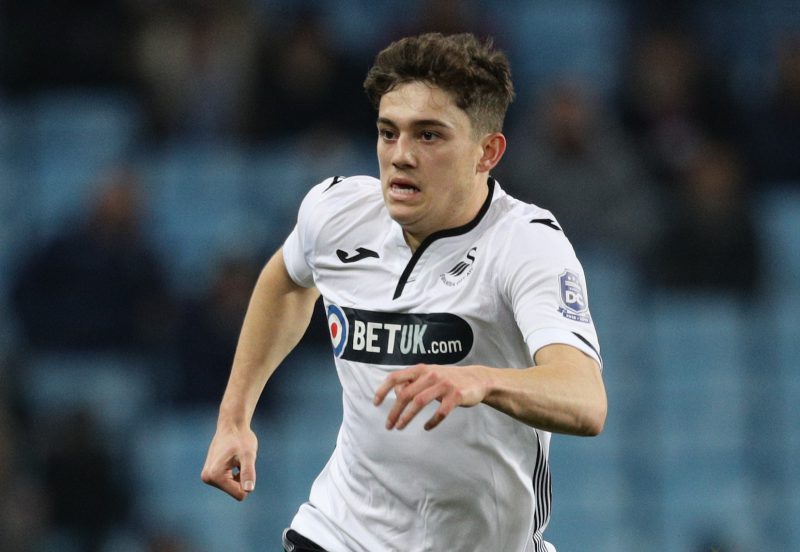 Manchester United have made a move to land Swansea City star Daniel James, and they trying to push through a quick deal.

The 21-year-old winger has emerged as one of the best players outside the Premier League and Leeds almost signed the player in January, before Swansea pulled the plug.

Ryan Giggs gave James his debut for Wales this season, and it is understood he has recommended the player to his former club.

And now United have made their move and are hoping to tie up a quick deal, aware of interest from elsewhere – which still includes Leeds who have told Dan James’s people to wait and see the result of the play-offs, as if they get promoted they will match any offer for the player and guarantee him first-team football.

As well as United, Tottenham, Everton and Bournemouth have also made enquiries – whilst James’s current boss Graham Potter is in line for the Brighton job and could try and take him there.

Bookmakers firmly believe that James is heading to Old Trafford, with BetVictor pricing him up at 1/2.