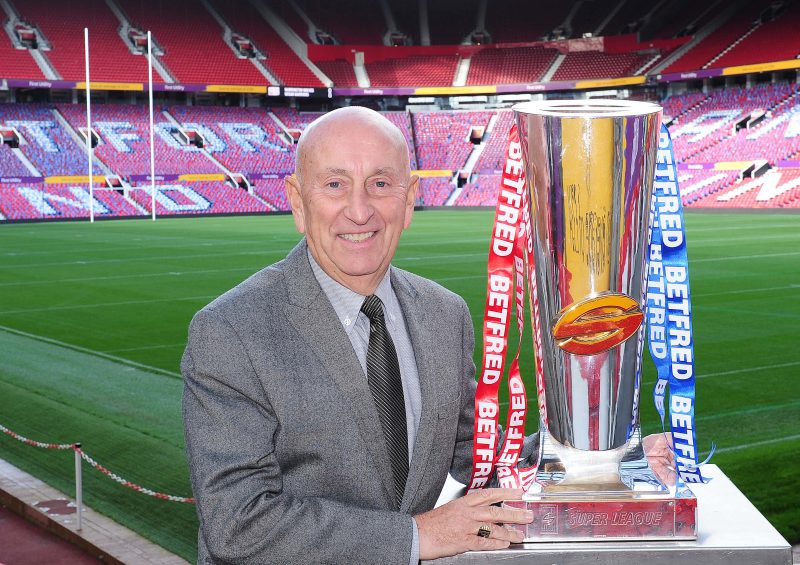 Super League and Betfred have announced the biggest commercial deal in the history of the competition by extending their partnership for a further two seasons.

The multi-million-pound investment by Betfred, owned by Rugby League fan and Salfordian Fred Done, will see the current three-year partnership extended until the end of the 2021 season.

News of the record-breaking deal comes at a time when Betfred Super League is enjoying huge popularity. Last weekend saw the record attendance for a Super League fixture broken when 31,555 people saw the Catalans Dragons overcome Wigan Warriors in a historic first ever Rugby League game at the iconic Nou Camp in Barcelona. This followed a record-breaking aggregate round attendance over the Easter Weekend, when 78,917 fans attended Super League Round 11 fixtures.

Since the start of the Betfred title sponsorship began at the start of the 2017 season, there have been some memorable moments in the competition. The 2017 season saw the Wigan Warriors beat the Cronulla Sharks in the World Club Challenge, Castleford Tigers overcome St Helens in golden point drama in a Semi Final, with Leeds Rhinos crowned Champions. The 2018 season saw Shaun Wane bow out of his reign as Head Coach of Wigan Warriors with victory at Old Trafford, overcoming the Warrington Wolves, who had beaten favourites St Helens in a semi-final the previous weekend.

Robert Elstone, Chief Executive Super League, said, “We’re thrilled to continue our partnership with Betfred who have become synonymous with Super League. They have been a vital part of our journey over the last three years and we look forward to working with them in what is a hugely exciting time for Super League and the sport. To have the support of someone like Fred who is so passionate about Super League and who shares our vision for its future is fantastic.”

Rhodri Jones, Chief Commercial Officer Super League said, “This is a historic and ground-breaking deal for the sport and shows a huge commitment from Fred, his senior management team, and all his staff who are so passionate about Super League. It is a significant increase on previous sponsorships and reflects the growing popularity and value of the Super League brand.”

Fred Done, the Boss of Betfred, added, “The real passion for this game shown by the players, the media and, most importantly, the fans, is for me the main reason why this has proved to be such a great sponsorship for us. Therefore, I had no hesitation in extending the deal for a further two years and Betfred look forward to working with Super League to help grow the terrific game of rugby league.”

The announcement follows recent title sponsorship deals between Betfred and other major sports competition brand’s including the British Masters Golf, World Snooker Championship and the World Matchplay Darts in Blackpool.

As part of the new sponsorship, Super League and Betfred will continue to support the ‘Gamble Responsible’ campaign, which is currently promoted at Super League games.

The partnership will continue to see over £25,000 donated to local charities as part of the Betfred Super League Man of Match initiative, where at each televised match, the player donates to a charity of their own choice.

The Super League moves into the seventh round and we have every match covered.

Don’t miss…the pick of the day’s betting action brought to you by Betfred, today covering Championship action and the Betfred Super League.