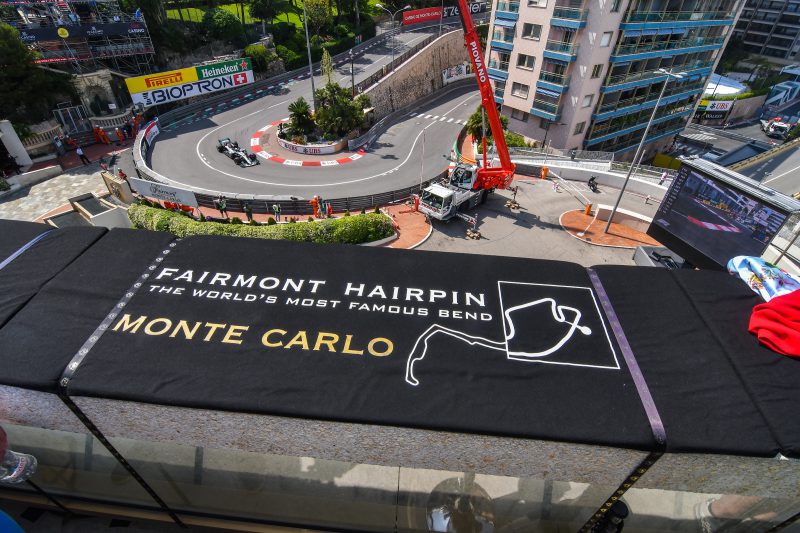 The Formula One roadshow has rolled into Monte Carlo for probably the most famous race of them all – the Monaco Grand Prix.

And whilst all thoughts are on the 2019 season, which is being dominated by Mercedes – thoughts are well and truly with Niki Lauda, after his died this week at the age of 70.

The three-time world champion was still, up until recently, a major figure in pit-lane having worked as a consultant for Mercedes.

Lauda played a huge part in bringing current world champion Lewis Hamilton to Mercedes and he paid his tributes.

“I am struggling to believe you are gone. God rest your soul. Thank you for being a bright light in my life. I will always be here for your family should they ever need me. Love you man.”

One thing Lauda would have been happy with, is the dominance of his Mercedes team, who have now claimed an unprecedented one-two in the opening five rounds of the season.

But despite their dominance, Mercedes chief Toto Wolff believes they might struggle in Monte Carlo.

“It’s going to be a tremendous challenge for us, we’ve not had the performance in Monaco in the last few years,” said Wolff.

“We need to take one step at a time. The next race weekend looks challenging on paper. That is massively exciting for us to go there.

“I wish we could go there tomorrow. Everybody’s working flat out to try to understand the car for Monaco and really be strong there. So let’s look at the next race, which is the sixth, and try to do well there.”
This year offers the chance for Monaco to witness a hometown winner as Ferrari’s Charles Leclerc could become the first Monegasque to win their home GP since Louis Chiron in 1931.
“It’s my first home GP as a Ferrari driver and it’s bound to be a special weekend,” he said.
“I remember as a kid, I would spend the afternoon with a friend who lived in a flat with a balcony overlooking the Ste. Devote corner. We used to play with toy cars while the real ones rushed past beneath us.
“I always told myself that one day, it would be great to be driving in this race.” 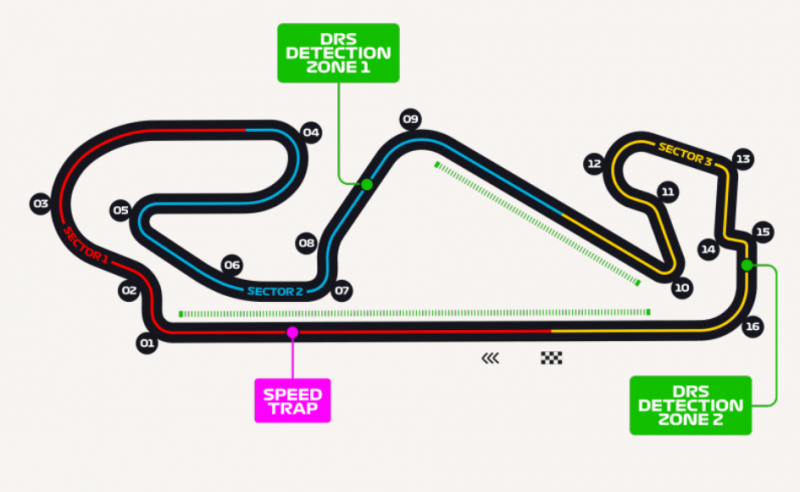 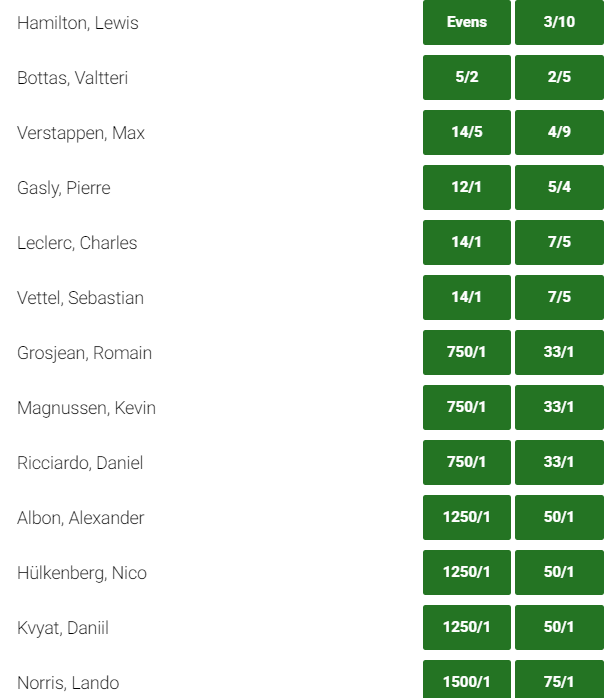 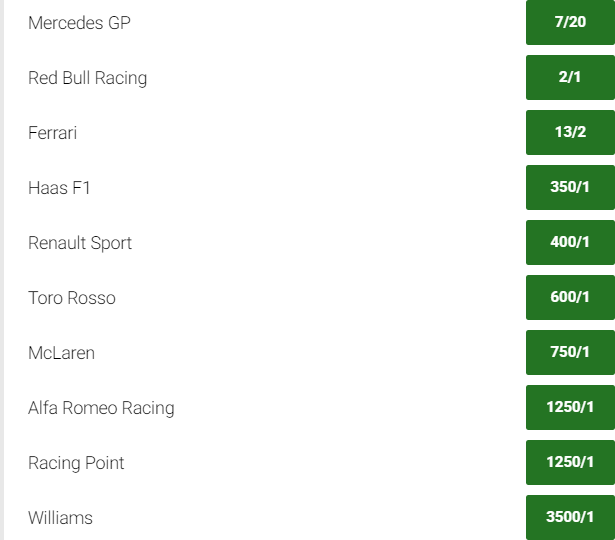 No surprise to see the two Mercedes drivers topping the market for the Monaco GP, Lewis Hamilton the Even price favourite followed by Bottas at 5/2.

The undefeated team would expect their car to perfectly suit the tight cornering street circuit and should again be strong here all things being equal. However, The Red Bulls have good form in the principality and would hope that this is the race finally someone breaks the Silver Arrow dominance, with Max Verstappen in as a 14/5 shot and Pierre Gasly next in the market at 12/1.

Charles Leclerc has shown promise this season but been met with some bad luck and tough team decision.

He is in a position this weekend of being a man who drives very well around Monaco, in a car that probably will not. He is priced at 14/1 and will hope that the forecast rain arrives at an opportune time to cause a bit of chaos, in which case that price could start to look like value for a man who will be extra motivated to win F1’s showpiece event in his hometown.