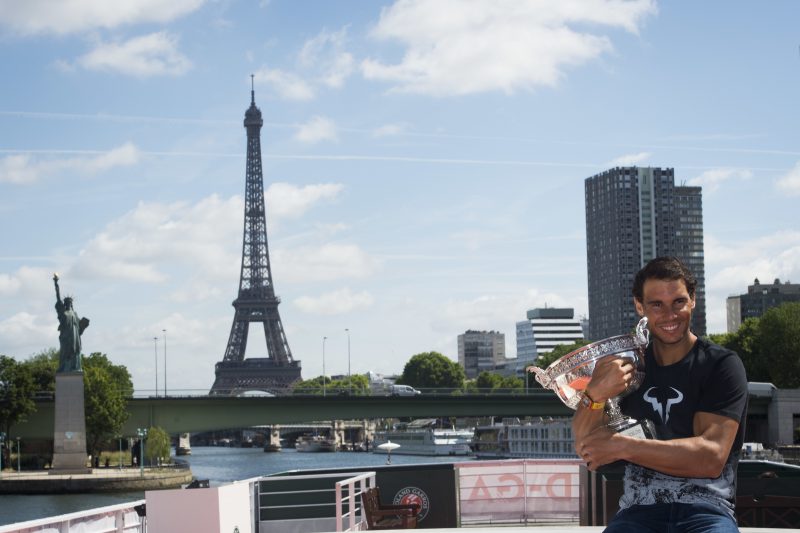 The French Open swings into action and it promises to be one of the most intriguing ever.

Rafal Nadal – The King of the Clay – returns to defend his title for a third successive year, which would be his 12th at Roland Garros.

But away from the Spanish king – who is firm favourite – there is Novak Djokovic, who if he wins will hold all four Grand Slam titles at once, which would be for the second time in his career.

Indeed Nadal and Djokovic are clear in the betting and many believe they will meet in the final, in a repeat of the Italian Open earlier this month, which saw the Spaniard come out on top.

And then there is Roger Federer, who despite his 20 Grand Slam crowns, is still not done and he would like to add another French crown to his title – as this is the only Slam that he has not won multiple times, with his only win coming in 2009.

This will be the first time Federer has played in Paris since 2015 having missed 2016 through injury, and then skipping 2017 and 2018 in order to focus on the rest of the season – but now he is ready to return to the clay.

“”I hadn’t planned not to play for three years. For the previous six months, my body has been good. For the rest of the season, it’s maybe good [to play], but mostly it’s the desire to return to clay and [this tournament].”

The Top 4 Seeds at French Open this year! 🎾

On the women’s side and Simona Halep is the defending champion, and she is the favourite going in as she looks to become the first player in more than a decade to win back-to-back titles, following on from Justine Henin.

“It’s great to be back, and I’m happy, I’m happy to be back here, and I’m trying to enjoy, because it’s a beautiful tournament and very special for me,” said the Romanian.

“I fought hard [to win Roland Garros], and I had many tough moments before lifting that trophy, but I’m still motivated because my career doesn’t stay in a Grand Slam or ranking.”

Also back in the French capital looking for a fourth win is Serena Williams. The 37-year-old is looking for her first Grand Slam since 2016.

Bookmakers are convinced that Nadal is destined for another title and is odds on 5/6, whilst the women’s draw is slightly more open with Halep the favourite at 4/1.

“It is has been all one-way traffic for the King of Clay so far in our outright market as punters are sticking with the 11-time winner to continue his dominance at Roland-Garros,” said Coral’s John Hill.

“The women’s outright market is far more open where punters aren’t afraid to back those at bigger prices as this tournament has thrown a few surprises in recent years.” added Hill.