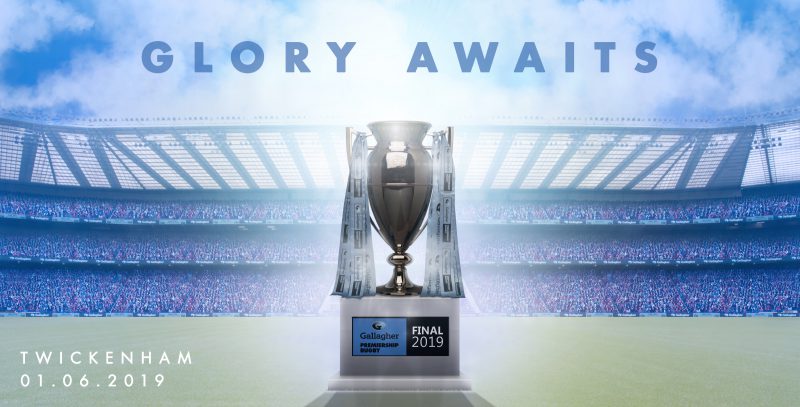 Can Exeter Chiefs break Saracens’ final hex or will it be another case of double trouble?

After 270 matches and 738 tries, the Gallagher Premiership all comes down to 80 minutes and a finale at the home of rugby, Twickenham Stadium, as history chasing Saracens take on Exeter Chiefs for a third time in four seasons in the grandstand event.

Over the course of a grueling season it comes down to the two clubs with the most points and tries as Exeter Chiefs run out in a four successive Premiership showpiece against Mark McCall’s Saracens who are seeking to defend their crown and complete a second domestic and European double.

Rob Baxter’s Chiefs topped the Gallagher Premiership standings at the climax of the regular season, eight points clear of Saracens, but it was the Barnet-based side who claimed the most points over the course of the season, chalking up 686.

Saracens, though, have been stifled by ill-discipline at times conceding 237 penalties through the 22 regular season outings, second only to defeated semi-finalists Northampton Saints, whereas the clinical Chiefs have beaten more defenders, 606, than any other side en route to claiming the most tries with a stunning 95 on their tally.

Statistically the regular season numbers nudge us towards seeing the Gallagher Premiership crown return to South West coast for a second time after their 2016-17 triumph, but Saracens have been an unstoppable force – again – of late, riding the crest of a wave after their stunning Heineken Champions Cup victory over Leinster – securing a third European success.

McCall’s army travel to the headquarters of rugby on a quest to conquer England and Europe – something many politicians merely dream of these days – for a second time, while Exeter Chiefs have a vengeance to settle after suffering two Premiership Final reverses at the hands of Saracens.

Coming into Saturday’s showpiece, both sides chalked up in excess of 40 points in impressive semi-final victories with hat-trick hero Nick Thompkins the star of the show as Saracens put Gloucester to the sword with a 44-19 win, while Exeter hit Northampton Saints for six with a 42-12 triumph.

Twickenham Stadium is no stranger to many of this weekend’s finalists with internationals aplenty set to adorn the stage, but there will be key areas of battle where the war will be won.

Can Exeter keep England captain Owen Farrell off the kicking tee? Will Saracens be able to defend the perimeter to avoid Jack Nowell and Alex Cuthbert tearing over the whitewash? Which heavyweight pack will win the day?

In the regular season meetings, it was level – Exeter Chiefs 31-13 winners at Sandy Park and Saracens 38-7 victors at Allianz Park, but it now time for parity to be eliminated – there can only be one winner, but who will hold aloft silverware on Saturday evening?

BEN’S PREDICTION: Saracens to win by 12

We also spoke with PaddyPower – who can’t split the two teams ahead of the big final.

Paddy Power commented: “It’s a big game for the Peroni-sipping rugby fan this weekend, as Exeter and Saracens face-off in the Premiership Rugby final.

“It’s a case of déjà vu as these two meet for the third time in four seasons, but it’s Saracens that our punters believe will come out on top. We can’t split them in the odds (both 10/11) but over 60% of all bets on the market are going against the Chiefs.

“That would be their second successive win of this title at Twickenham.”