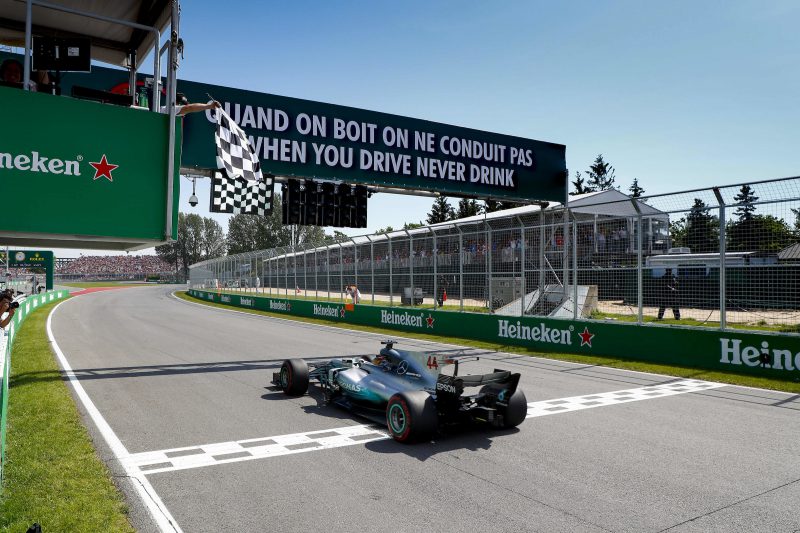 Can Mercedes dominance continue? could they be the first ever side to go through an entire Formula 1 season with losing a race? Those are the questions being asked in F1 as the bandwagon arrives in Canada.
After summer testing, many thought – including Mercedes themselves – that Ferrari and Red Bull would make this season one of the closest ever…but instead the opposite.
Mercedes have swept the board, winning every race and only the race they haven’t finished 1-2 was Monaco last time out when they finished first and third.
Now in Montreal, will Mercedes continue their brilliant form at a circuit which world champion Lewis Hamilton love having won on six occasions – indeed another win would make Canada his most successful ever race.
Amazing Hamilton himself insists that he has not even performed that well so far this season.

“I definitely feel that it’s been quite an average performance from myself, maybe above average but generally quite average for the first six races,” he said.

“I feel like I’ve got the best I could get. I’ve arrived prepared – the best prepared I could be – but in terms of extracting the true performance from the car, I feel like I’ve struggled a little bit in these six races.

“I guess that’s kind of similar to other seasons but without doubt it’s going to improve as the knowledge you gain over the season, race by race, particularly with the tyres this year, where the window is even smaller.

“I hope, at some stage, that I’m able to crack the issues that I’ve had and get back to the form that I have within me. Whether that’s the next race or 10 races from now, I can’t really say but I am very, very focused on making sure I rectify any of those.”

But Ferrari chief Mattia Binotto admits their tough season may provide more pain before pleasure.
“We know we’re not competitive enough right now and for the time being we haven’t got any more changes coming on the car that will have a significant effect on the problems we have encountered since the start of the season,” said Binotto.
“The Canadian track characteristics present another different challenge, given that top speed, braking efficiency and traction are the main considerations.
“We arrive here ready to do our best and to put the mistakes of the last few races behind us.” 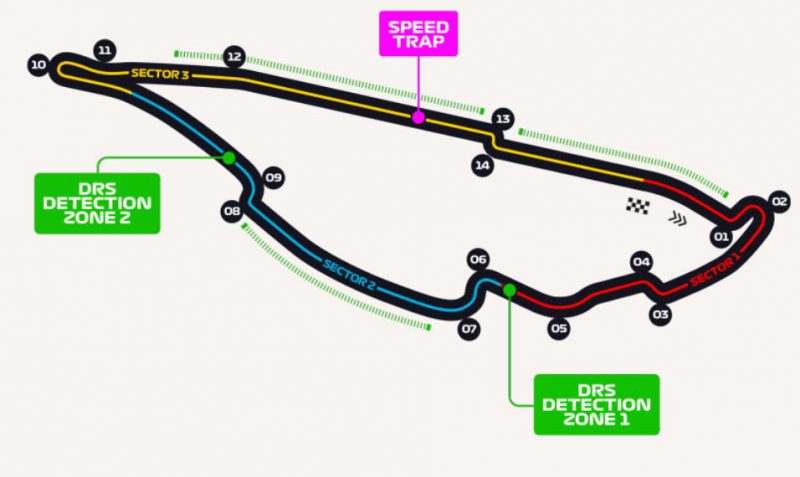 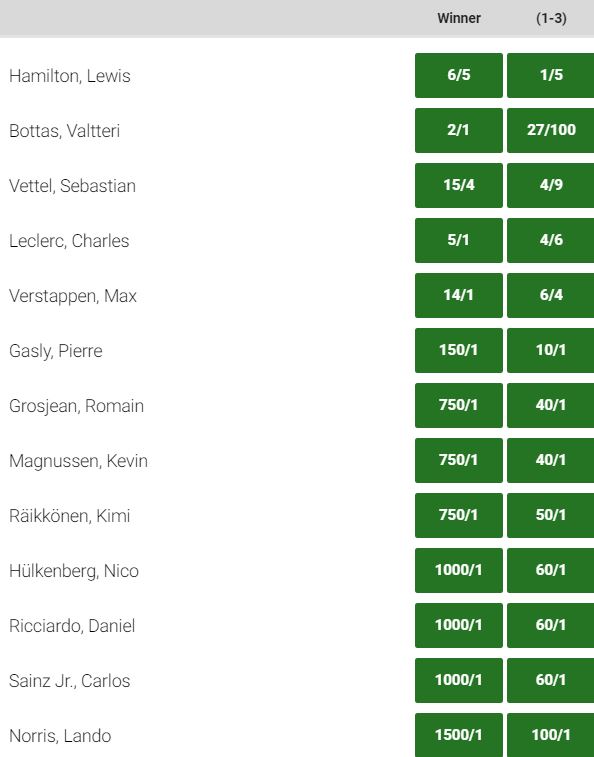 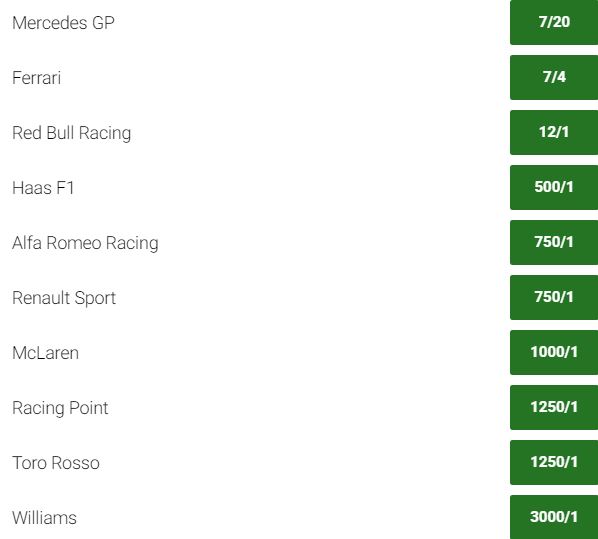 Having won the opening 6 races this season, Mercedes will be aiming to make it 7 in a row in Canada this week and the market certainly suggest that they should achieve it, their 2 drivers once again the top 2 in the market.

Championship leader Lewis Hamilton can be backed at 5/4 to win the race, with Valtteri Bottas a 2/1 shot. However, the Silver Arrows team seem publicly concerned that the track will be much more suited to Ferrari, who won this impressively last year with Sebastian Vettel, with the German being available here at 15/4.

However, I wouldn’t put anyone off a bit of a swing at Charles Leclerc, a man who is clearly closing in on, and absolutely desperate for, his first F1 win. A combination of bad luck and team calls have denied him that chance a number of times this season so far, but he is a 5/1 shot with Unibet and I think there is a bit of value in that price for the talented Monaco native, and a bit of early money appears to agree.