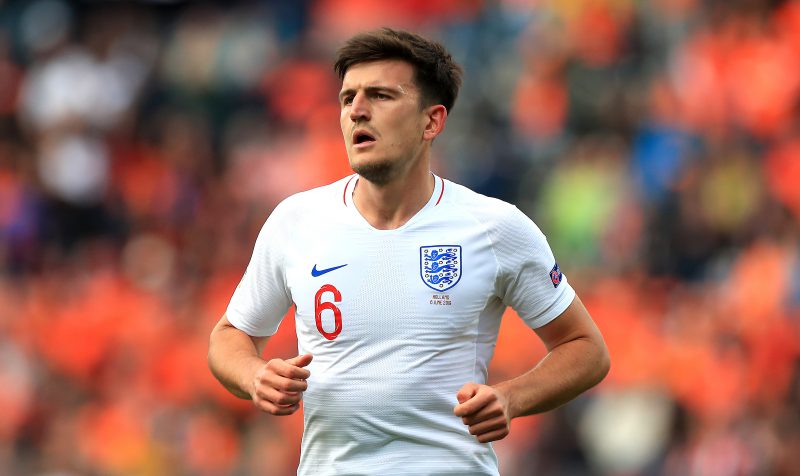 Manchester City and Manchester United are pushing ahead with their interest in Harry Maguire, but Leicester City remain determined to land a record fee for the England central defender.

Sources close to both City and United are confident that they can seal a deal for the 26-year-old – who is ready to leave Leicester after two hugely successful seasons at The King Power Stadium.

Leicester have offered him a pay rise, but they are already planning for him to leave as they look at both Brighton’s Lewis Dunk and Adam Webster of Bristol City.

Now it is down to City and United – but Leicester are insistent they want Maguire to become the most expensive defender in the world, breaking the record fee of £75million that Liverpool paid Southampton for Virgil van Dijk in 2018.

Leicester believe that Maguire is worth closer to £100million, given his progress which has seen him emerge as England’s first choice centre-half.

City insist they won’t be drawn into a tug-of-war with any club over Maguire – but they are lining up a deal over £80million with Maguire potentially earning £250,000-a-month – whilst United could be willing to pay more, but the decision is set to be left with the player.

With pre-season not long away, Leicester are to tell Maguire and his representatives that they will not allow the situation to a summer long saga, and they want it doing within a few weeks.

As it stands Bookmakers firmly believe that City will win the battle of Manchester for Maguire. Ladbrokes make City 4/9 for his signature.

United are second-favourites at 13/8. while Arsenal and Tottenham are 33/1 apiece to make an ambitious move.

Alex Apati of Ladbrokes said: “Maguire’s mega-money move is seemingly edging closer and with Leicester holding out for a bigger sum, it looks as though it’ll be City who splash the cash.”