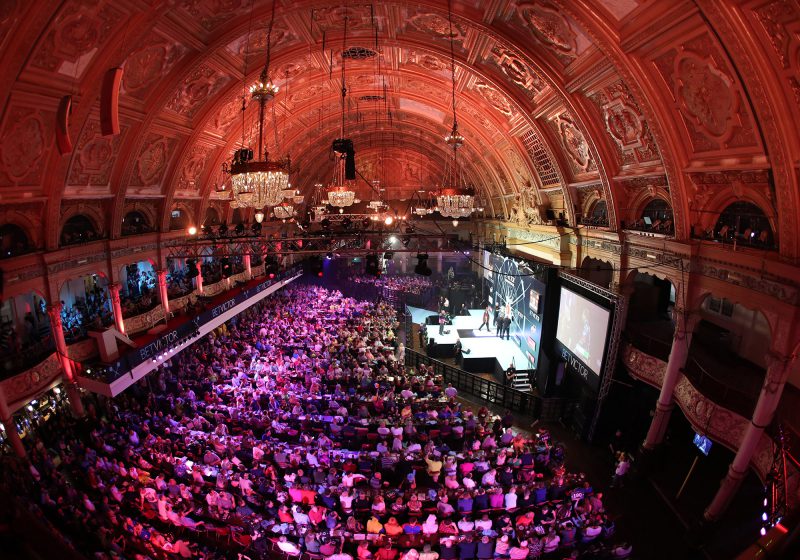 Gary Anderson will begin the defence of his Betfred World Matchplay title against Danny Noppert, while Michael van Gerwen will face Steve Beaton in the opening round of the summer’s biggest darts event.

Anderson overcame Mensur Suljovic in an epic final to claim glory in 2018, and the Scot’s bid to retain the Phil Taylor Trophy will start against Dutchman Noppert.

Two-time World Matchplay Champion Van Gerwen will be hoping to end his three-year wait for a third Blackpool title, and the world number one will take on Steve Beaton in a repeat of their memorable 2012 Winter Gardens clash which saw Van Gerwen hit a nine-dart finish.

The first round is split across the opening three days, including a double session on Sunday July 21.

UK Open champion Nathan Aspinall will play Mervyn King in the opening fixture, while Gerwyn Price will take on Stephen Bunting and Rob Cross will face Chris Dobey, another of the seven debutants to experience the intimate Winter Gardens atmosphere this year.

Former finalist Peter Wright will star in the final night of first round action on Monday, with 2017 semi-finalist Daryl Gurney and two-time semi-finalist Simon Whitlock also in action.

The second round is split across the evenings of Tuesday and Wednesday, with the players from the top half of the draw playing on Tuesday and those in the bottom half returning to the stage on Wednesday.

The quarter-finals are then split across Thursday and Friday, with the semi-finals on Saturday before the winner will be crowned following Sunday’s final.

We also spoke to sponsors Betfred ahead of the action, they told us: “As sponsors we have seen a huge upsurge in betting for the World Matchplay. Michael van Gerwen hasn’t been in the best form lately, losing in America and Germany, and as a result has drifted from Evens to 6/4 to win the tournament.

“He’s still very popular, although so is Rob Cross, who finds himself on the weaker side of the draw, at 7/1. The same can be said for title holder Gary Anderson, who is third favourite at 10/1. He’s well liked in Scotland, of course, and with Blackpool being a popular destination for the Scots we expect him to garner even more support in the market.

“We have a wide variety of specials including one that seems to have proved attractive for MVG to win the tournament with a bullseye – which is a 50/1 shot.”