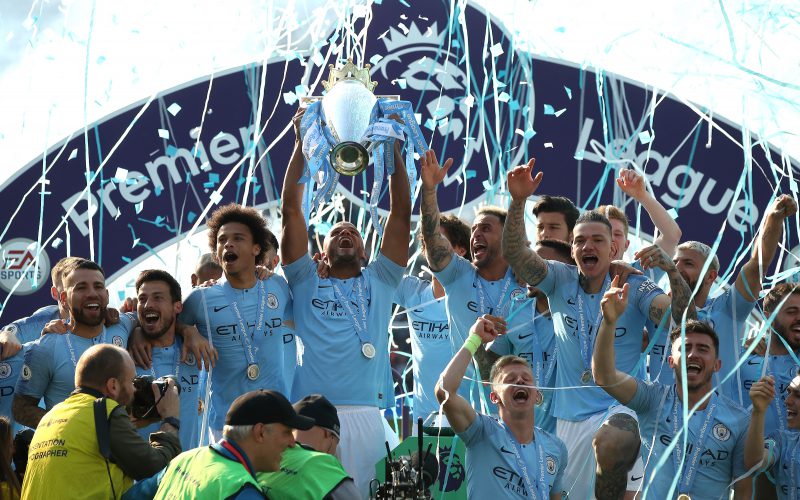 Manchester City will pip Liverpool to the Premier League title by five points this season, according to spread betting firm Sporting Index.

The Citizens have been backed to claim a total of 91 points this season, with Jurgen Klopp’s side expected to finish second on 86 in what will likely be another nail-biting season.

Sporting Index think North London clubs Tottenham and Arsenal will complete the top four on 74 and 70 points, respectively, while Manchester United and Chelsea will have to settle for Europa League positions.

The traders at the spread betting firm are backing Everton, Leicester, Wolves and West Ham to complete the top half.

At the bottom end of the table, the football traders predict Premier League newcomers Norwich and Sheffield United to head back down to the Championship, with Brighton joining them. 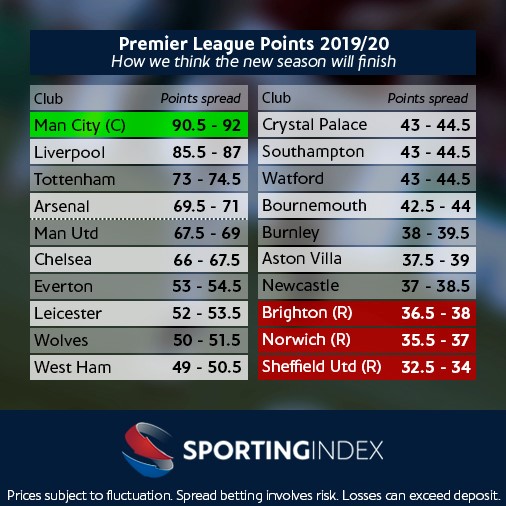 Neville Burdock, head of trading at Sporting Index, said: “Last season was one of the most exciting we’ve had in the Premier League for many years and we expect the title race to be extremely close yet again.

“Sadly for Liverpool fans we’ve got Man City coming out on top by five points to land a third successive title in a row by five points. Chelsea and Man United fans will be concerned to see their teams sitting outside the top four in our predictions, as we think Arsenal will jump above both and take the final Champions League spot on 70 points.

“It’s always tough for promoted sides to survive their first season in the Premier League, and we think Aston Villa will be the only team to hold on to their top-flight status out of the three newcomers.”