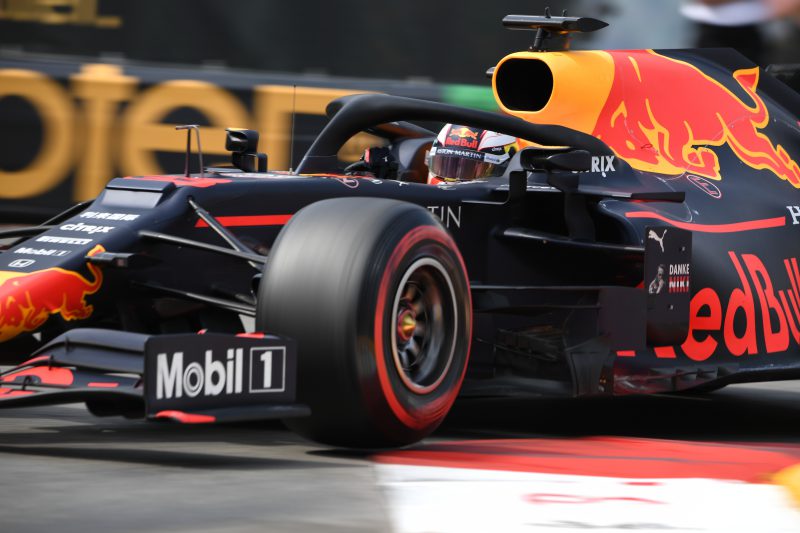 The Formula 1 season is now at the halfway point on the Hungarian Grand Prix will mark the mid-season break.

Mercedes and Lewis Hamilton continue to dominate points wise, but they were left licking their wounds after an embarrassing display on home soil in Hockenheim as they picked up just two points through Lewis Hamilton and that was after other were handed penalties.

It came as Mercedes-Benz were celebrating their 125th year in motorsport and it was their 200th start in Formula 1.

But Hamilton is confident they will be bouncing back in Budapest.

“There’s a lot of elements that we can improve on,” said Hamilton. “What’s really important is that we win and we lose as a team. If I was to be critical, I’d feel like I was like the catalyst that started it all, but there are so many other elements that are a part of it.

“We know how the weekend went and we do know just how fragile we can be – so strong, yet there are areas that show weaknesses that we can work on collectively. So I’m not going to pinpoint what those are but I do anticipate us to be stronger and things like those experiences should creep up on us less often.”

Next stop the Hungaroring! 🇭🇺 Full speed ahead for the #HungarianGP 💪 #F1 pic.twitter.com/gbzArmP3ky

Dutch star Max Verstappen is in great form after his win in Germany, meaning he has two wins from the last three races, and many believe they can continue that in Hungary.

“It’s not guaranteed, because you still need to find a good set-up as well on the car. But we’ll definitely give it a try,” said Verstappen.

Sebastian Vettel has won two of the last four races in Hungary – but amazingly Ferrari are still without a win in 2019.

“I think we should be okay but maybe we don’t come here as favourites with the track characteristics being a bit different. We maybe had the same thoughts on other places and turned out to do quite well,” he said.

“We need to get our stuff together, we have some new bits and hopefully that will put us some performance and a good direction for the next races in the second half of the season.” 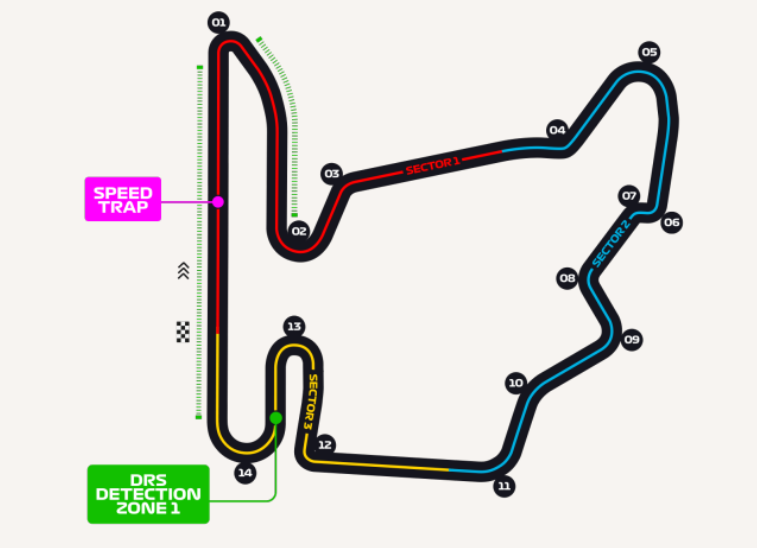 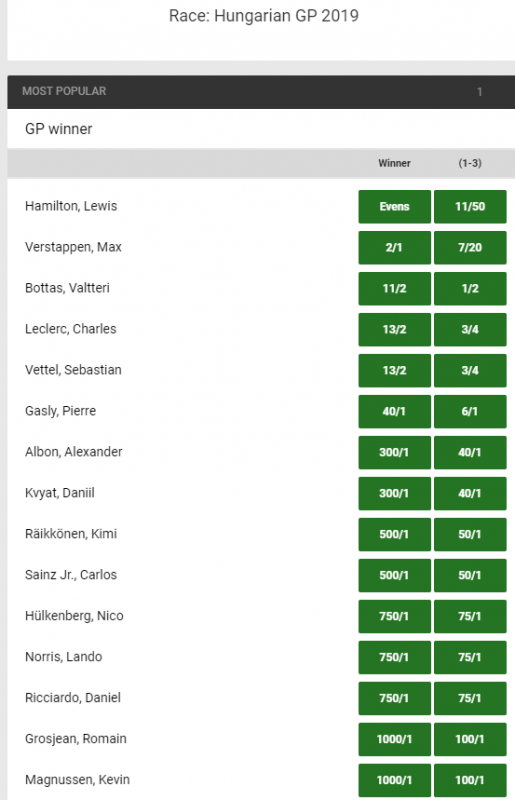 After last week’s crazy race in tough conditions at Hockenheim, Lewis Hamilton can be backed at Evens for the Hungarian GP after missing out on the podium for just the second time all season in Germany, and it would take a brave man to bet against the champion coming back even stronger after adversity. He is a 6 time winner in Hungary, including 2 of the last 3 and he will no doubt be expecting to take his record one better come Sunday.

Max Verstappen has now won 2 of the last 3 races and is available at 2/1 this time out. Although clearly in fine form, for me that price looks a bit too short considering what will be knocking on the door around him.

Next up is Bottas priced at 11/2, followed by the 2 Ferrari’s of Vettel and Leclerc both priced at 13/2. Sebastian Vettel is having an incredibly tough season to date and it’s easy (and perhaps sensible) to say he’s had too many chances and blown them to be backing him here. But he also has a good record in Hungary with 2 wins in the last 4 years, and there’s an argument to say surely he gets a win at some point this season! 13/2 might not be a bad price should Hamilton fluff his lines again, and 3/4 to make it to the podium might not be the worst bet either.