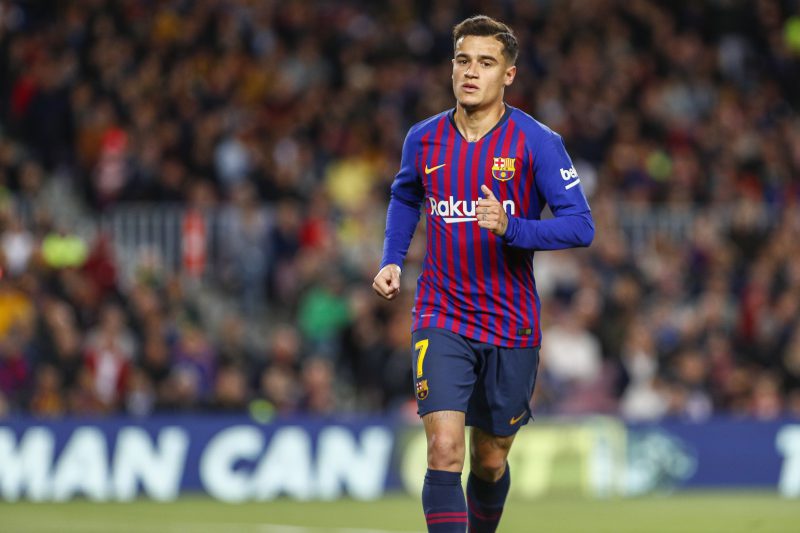 The odds on Philippe Coutinho returning to England have been slashed.

The Brazilian midfielder has struggled to make an impact at Barcelona since his £142million move to the Nou Camp in January 2018.

Now with the likes of Frenkie De Jong and Antoine Griezmann both arriving in Catalunya, Barcelona have made it clear to the 27-year-old Brazilian that he can move on.

However, the huge outlay it would take means a loan move is the only viable option.

Arsenal and Tottenham have now emerged as contenders with the likes of former club Liverpool and Manchester United both unwilling to push through with an offer.

And with Spurs considering the sale of Christian Eriksen, they have been made odds-on favourites.

WilliamHill make Spurs 4/5 to land him with Arsenal at 2/1.

Philippe Coutinho to move this summer