Joshua odds on for rematch in Saudi - The Gambling Times

Joshua odds on for rematch in Saudi 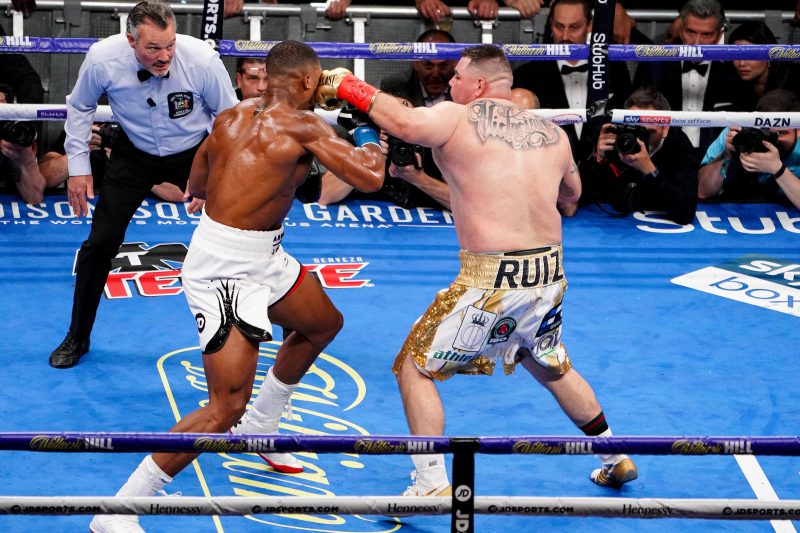 Anthony Joshua is odds-on to reclaim his heavyweight world titles in December.

Joshua is to face Mexican John Ruiz in the Saudi Arabian capital of Riyadh as he looks to reclaim the  IBF, WBA and WBO titles in a bout worth nearly £100million.

Joshua lost to Ruiz at Madison Square Garden in June in one of the biggest shocks in sporting history, but he will be hopeful of regaining hit titles later in the year.

Bookmaker Coral has Joshua as the heavy favourite at 3/10 to win the rematch. Ruiz is 12-5 to back up his shock victory in the first clash with another win.

“The rumours have been swirling for a while about where this fight is finally going to take place but wherever it does happen we have Joshua as the hot favourite to avenge his defeat. He was well off the pace back in June but in our book he’s got everything in his favour to bounce back next time,” said Coral’s Harry Aitkenhead.

“Ruiz was a 10-1 outsider before the first fight and we aren’t making the same mistake again, however. He is markedly shorter now at 12-5 to win again,” added Aitkenhead.