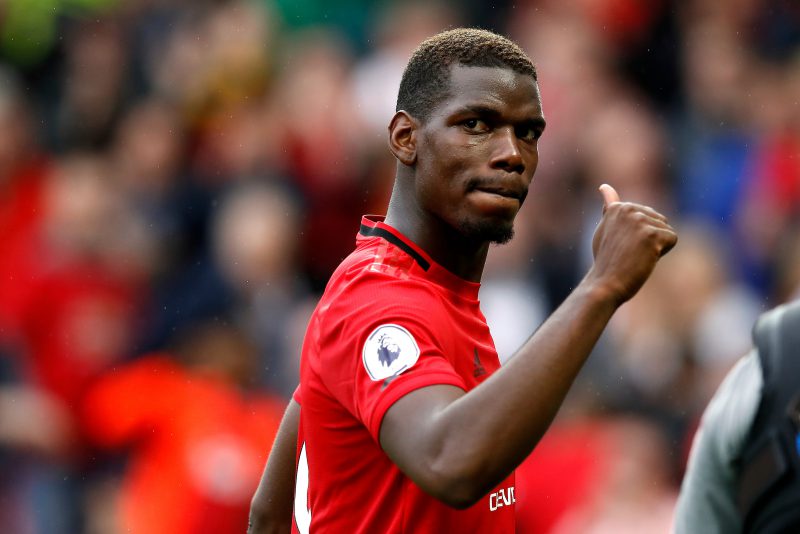 Paul Pogba admits there remains doubts over his future at Manchester United, as he could still leave the club this summer.

Real Madrid and former club Juventus are both keen on the French midfield star, who has made it clear to the club he would like to leave.

And despite the English window being closed, that is the not the case in Spain or Italy – meaning they can still sign players…such as Pogba.

Pogba was excellent in United’s opening day hammering of Chelsea – but he admits that his future remains unclear.

“I am always good when I play football. I am doing what I love, it’s my job. I will give the maximum every time I will be on the pitch,” said Pogba.

“Now, we know there have been things said. Time will tell. We remain still on this big question mark. I am at Manchester. I am having fun with my team-mates. I want to always win the matches. I will always give everything when I am on the pitch.”

And Bookmakers believe that he is still likely to depart.

The Man United midfielder is now just 4/6 with the bookies for a sensational move to the Spanish giants, despite United failing to replace him during the transfer window.

Elsewhere, 3/1 says Juventus bring the World Cup winner back to Serie A this summer.

Alex Apati of Ladbrokes said: “It’s news United fans won’t want to see but it looks as though Pogba could still be on his way out of Old Trafford in the next few weeks.”