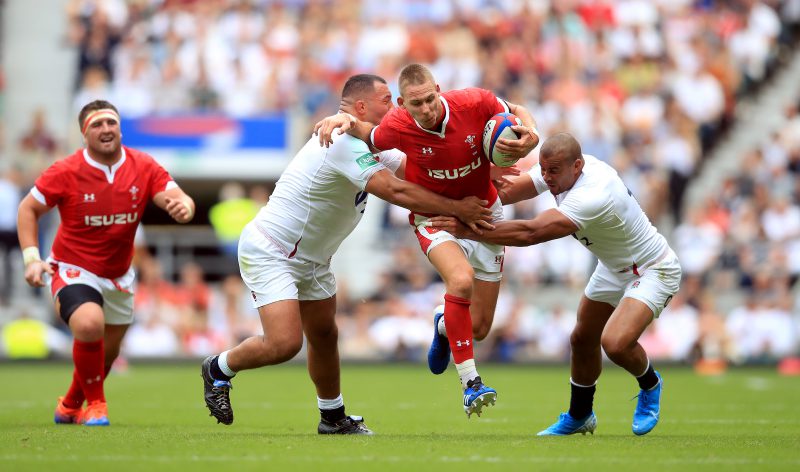 After revealing his Rugby World Cup squad on Monday, Eddie Jones will be expecting the momentum to keep building towards Japan on Saturday as England lock horns with Wales for a second time in six days.

The two camps arrive in Cardiff with polarised emotions; Wales bruised by defeat and injury woes, while England are enthused by a strong display in the 33-19 triumph last weekend, while those who have made the plane for the global showpiece will be riding the crest of a wave.

Wales went into the first of the back-to-back fixtures knowing victory over England would make them World No 1 for the first time in their history after New Zealand’s Rugby Championship defeat, but it afternoon of misery in many ways of Warren Garland.

Suffering a loss at the hands of their greatest and most ancient rivals is always a bitter pill to swallow, but the subsequent news which followed Monday as fly-half Gareth Anscombe was ruled out of the Rugby World Cup was a sickening blow.

Conversely, it was a day of celebrations on Monday for the England squad have made the cut to travel to Japan in September and now starting XV positions are up for grabs as Jones looks to refine his strategy.

Lewis Ludlam came from nowhere to impress Jones and clinch a boarding pass and starts again as he vies for a spot in the back row alongside the guaranteed Billy Vunipola.

Meanwhile, the in backs division, uncapped Ruaridh McConnochie gets a shot to vindicate his selection as England seek to complete their revenge mission on the turf where they suffered Guinness Six Nations defeat to Wales in February.

Successive wins for England is well on the cards, but beyond the result, Jones will have his eagle eye on intensity levels from the pack, defensive line speed and which backs are running the piercing lines.

Ben’s Prediction: England to win by 12

Bookmakers can’t split the two sides going into the game in Cardiff, and we spoke with Coral’s Harry Aitkenhead.

“There is definitely a temptation to make England the favourites for this weekend’s match after their much changed XV delivered such a strong performance at Twickenham just a few days ago. However a trip to the Principality Stadium is a different kettle of fish and we just haven’t been able to split them.

“Both sides will shuffle their line-ups again but everything points to a close game. The winning margins of 1-5 points either side are looking to be strong bets at around the 5/1 mark.

“Ruaridh McConnochie is a very interesting include, making his debut, and the sevens specialist will have a lot of eyes on him and could well prove a popular bet to score the first try.”