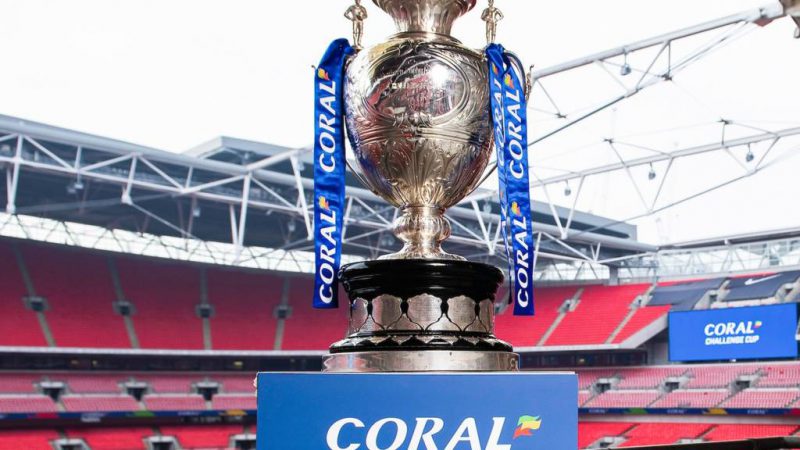 St Helens and Warrington clash in the Challenge Cup Final at Wembley on Saturday.

Saints and Wire are the top two clubs, although St Helens are 14 points clear and have already beaten Warrington three times this season.

Warrington are coming into their third Challenge Cup final in the last four years, but they have not lifted the trophy since 2012 having been on the end of a huge shock in 2018 when Catalans Dragons recorded victory.

Saints have not tasted victory since 2008, but they come into the final as firm favourites.

“We are happy we’ve beaten them so far this year but we disregard that,” said Saints coach Justin Holbrook.

“We remember that they beat us last year in the semi-final, and we’re a level-headed group.

“We’re confident but won’t be looking into the fact we’ve beaten them already.”

Steve Price’s Warrington come into the game on the back of five successive defeats in Super League.

“We have an opportunity to write history,” Price said.

“All the pressure is on Saints, no-one has given us a chance and we’ve been written off. We’re happy with that.”

Warrington come into the game with star half-back Blake Austin set to miss out with ankle ligament damage, but winger Josh Charnley and back-rower Jack Hughes should return.

St Helens are the 3/10 favourites for the Coral Challenge Cup final at Wembley tomorrow with the sponsor of the competition. Warrington, who were beaten in the final last year, are 11.4 to go one better than 12 months ago.

In the handicap market, St Helens are -10 where they can be backed at evens with Coral.

It has been 11 years since St Helens were last in a Challenge Cup final and they are the strong favourites to make up for that long wait with the trophy at Wembley.

Warrington were beaten in the final last year by Catalan but this time around they are the 10-point underdogs in the handicap market.

It should be an excellent final with two of the standout teams in the Super League this season squaring off in front of a huge crowd in London.