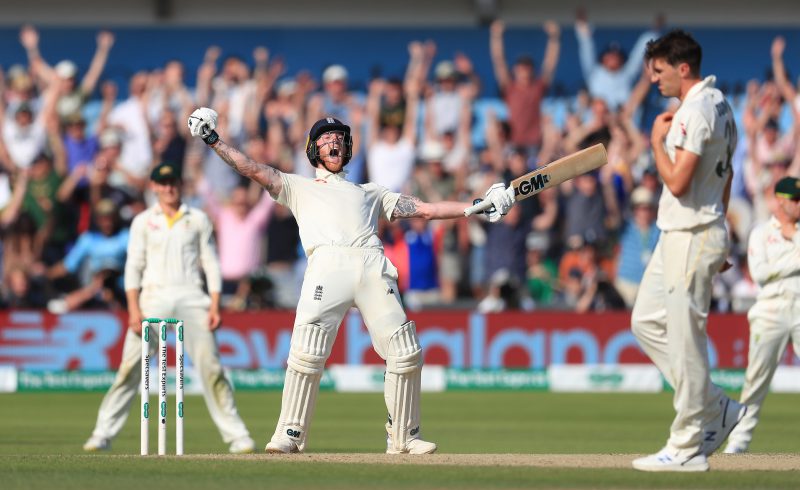 England are the new favourites to win the Ashes after their amazing win in the third test courtesy of the brilliance of Ben Stokes.

The Durham all-rounder repeated his World Cup final heroics as he hit an unbeaten 135 at Headingley to guide England to a one wicket win over Australia which meant the Ashes series was levelled at 1-1.

Australia had looked set to take the win, and retain the Ashes, as England faced reaching a target of 359, their highest ever – but they managed it as Stokes and number 11 Jack Leach saw it through with a brilliant last wicket stand of over 70.

“You never give up, it’s not over til it’s over,” said Stokes.

“We had to win this game to stay in the Ashes and we’ve managed to do it.”

England started the day as 11/5 shots to win the Test and they drifted to 16/1 with nine men down.

bet365’s Steve Freeth: “England looked up against it with Stokes and Leach at the crease and now all of a sudden they’ve gone from 28/1 into 11/8 favourites to reclaim the Ashes with two Tests left to play.”