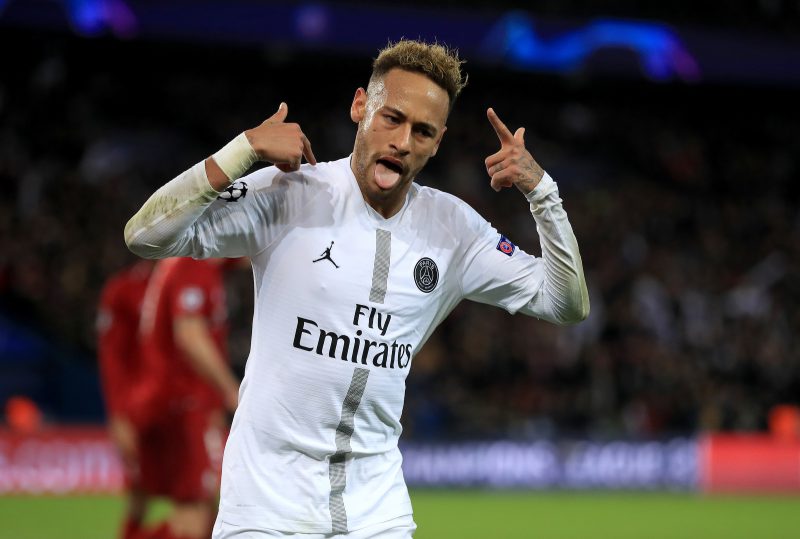 Barcelona are confident that they can finalise a deal to bring Neymar back to the club.

Sources close to the deal believe that Barca will pay just over £200million to bring the Brazilian superstar back to the Nou Camp – beating off competition from rivals Real Madrid and Juventus, who both showed an interest in taking him too.

Neymar has never hid his desire to return to Catalunya, although he was open to a move to Madrid and Turin, but Barca believe they are winning the race.

The 27-year-old joined PSG in 2017 for a world record £200m, and PSG have insisted to whoever wants him, that they would need to get their money back.

Now it appears Barca are getting close to a deal that will include teenage French defender Jean-Clair Todibo, whilst they have discussed others including Ivan Rakitic and Ousmane Dembele, but it remains to be seen if either or anyone would also be included.

Bookmakers are convinced that Neymar will be making the move to Barcelona with PaddyPower making them 1/3 favourites to land him, whilst he is 2/1 to stay with PSG.

Spokesman Paddy Power said: “The saga of Neymar’s next destination has been even more dramatic than the Netflix series he’s about to appear in.

“And, while the money looks mega, we’re being inundated on him making the long-waited return to Barcelona. I’m getting the popcorn out now.”