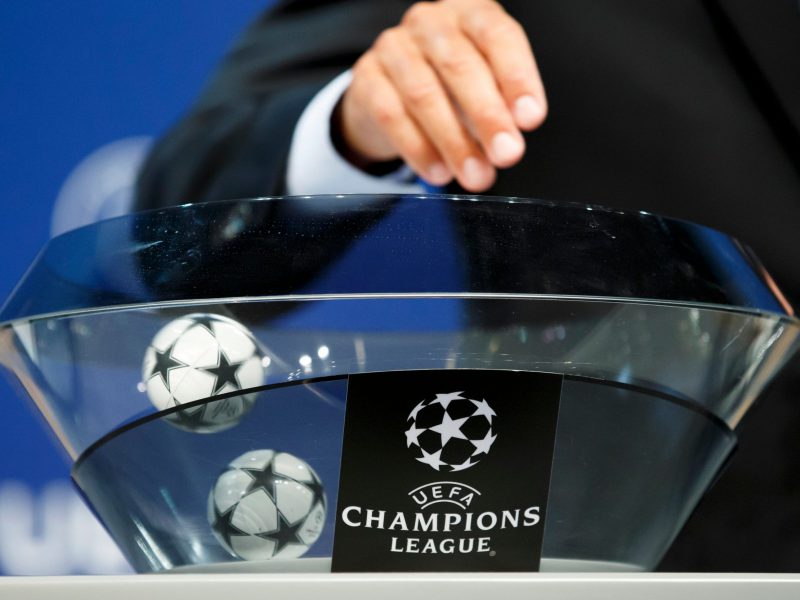 Following the draw for the Champions League group stage, Manchester City have been made favourites to win, ahead of holders Liverpool and Barcelona.

City have long been aiming to win Europe’s top prize, but it has thus far alluded them with their best performance being a semi-final appearance in 2016.

Now they have been drawn out in Group C alongside Italian debutants Atalanta, Ukrainian giants Shakhtar Dontesk and Croatian champions Dinamo Zagreb, and Bookmakers have Pep Guardiola’s men down as favourites to claim the trophy in Istanbul next year.

Liverpool are defending champions, but they are rated behind City at 13/2 and Barcelona at 5/1.

Jurgen Klopp’s men have been draw alongside Napoli, Salzburg and Genk in Group E.

Barca are second favourites, but they are very much in the toughest quartet in Group F as they will face Borussia Dortmund, Inter Milan and Slavia Prague.

Beaten finalists from last season Tottenham are in Group B, where they will face German colossus Bayern Munich, Olympiakos and Red Star Belgrade.

The fourth English side in the draw is Chelsea, and Group H they will come up against Valencia, Lille and last year’s most talked about side in Ajax.

bet365’s Steve Freeth said: “Liverpool managed to go one better than 2017/18 when lifting the famous trophy last season and how the fans would love to get to another final with such happy memories of the famous comeback at the Ataturk Stadium back in 2005.

bet365 are 4/6 about the English quartet of Chelsea, Liverpool, Man City and Tottenham all reaching the knockout stages of the Champions League, while the firm are 6/1 about an all-Premier League final in Istanbul.

Freeth added: “The quartet look to have fared pretty well in the draw and we’re odds-on about all four qualifying in their quest to continue last season’s English domination.”