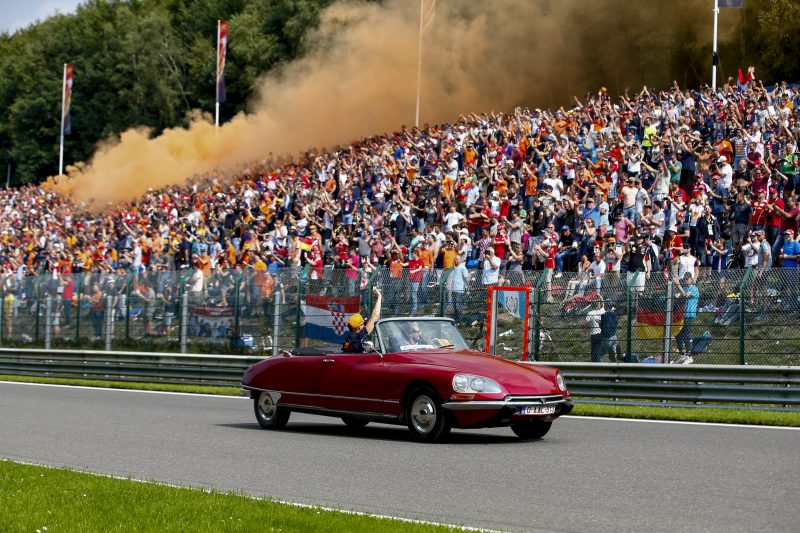 Formula 1 returns after its mid-season break at the iconic venue of Spa in Belgium.

With the Dutch Grand Prix not returning until next year, the Belgian GP is a virtual home race for Max Verstappen and there could not be a better time for him, given he is on the greatest run of his career.

Verstappen has won two of the last four races, and although still nearly 70 points adrift of Drivers Championship leader Lewis Hamilton – some believe that he could yet mount a shock World title bid.

And the young Dutchman is looking forward to the second half of the season.

“Belgium is another home race for me and it’s always great to see so many fans supporting us,” said Verstappen – who will have a new team-mate in the shape of Alexander Albon in the second half of the season.

“It was good to have a break and spend some time away with family and friends before another busy period but I’m refreshed and looking forward to getting started, especially after we had such a great run of results before the break,”

“Spa is my favourite circuit on the calendar, so a great one to start the second half of the season with.”

Mercedes arrive in Spa determined to make sure they dominate for the remainder of the campaign.

“We’re leading in both championships, but it doesn’t feel that way,” he said.

“In the last few years, we saw teams perform very strongly after summer shutdown, so now we need to keep pushing.

“In that respect, we’re approaching the start to the second half of 2019 more like the start to a completely new season – once again, we need to make sure that we leave no room for error and keep raising the bar.” 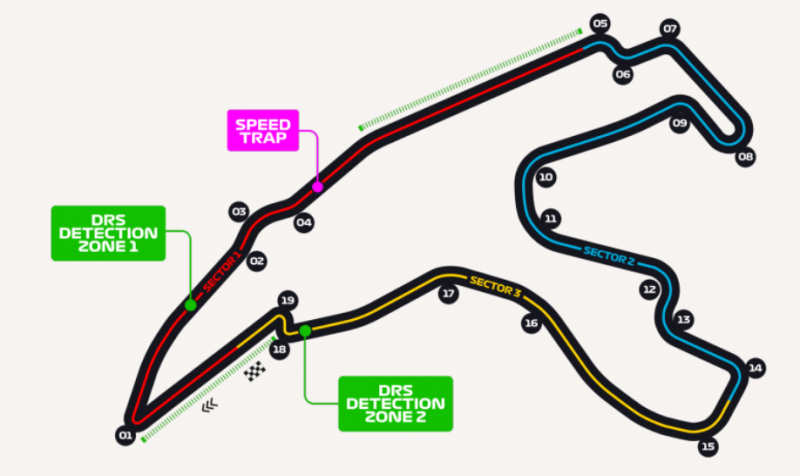 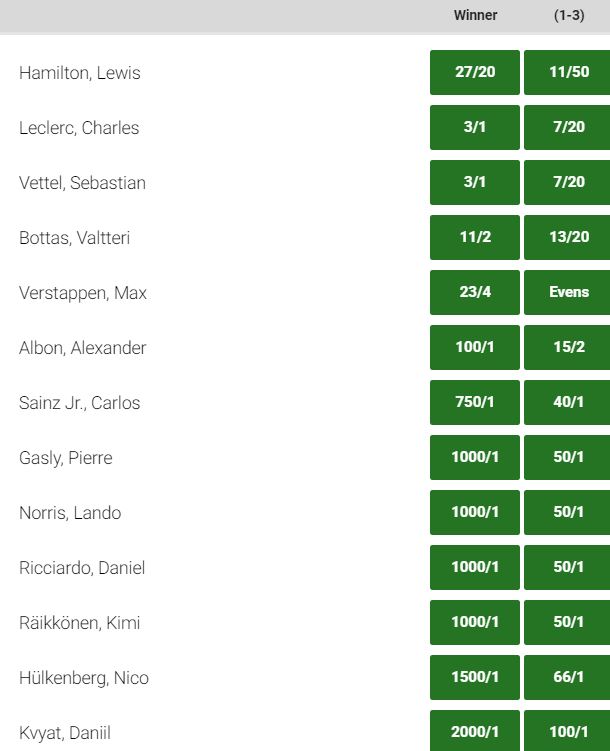 At a track which traditionally suits the Ferrari car, Sebastian Vettel is favourite for the Spa GP after leading a Ferrari 1-2 in first practice. Available at  7/4, he will be hoping to put most of the first half of the season behind him an clinch the red arrows’ first win of the season.

Second, unsurprisingly, is Hamilton who is installed as a  37/20 shot. It’s not often the Brit is available at such big odds but with a tricky first practice due to car issues and a track to suit his rivals, he will certainly have his work cut out to top the podium.

Charles Leclerc is also looking to get off the mark, although in his case the ‘mark’ is his first ever GP win. Priced at 9/4, the young driver has delivered a number of highly impressive performances this season although often ran out of luck at key stages.

If Ferrari are favourites to win the race (which they are at 4/6) it might just be that Leclerc is the value play ahead of his team mate who has had a tough season to date.