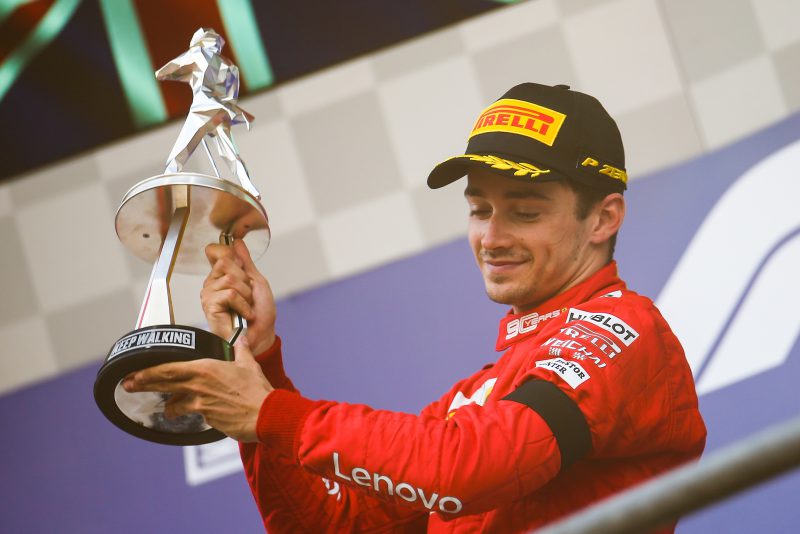 Ferrari head to their home Grand Prix in Monza with huge confidence after they claimed their opening win of the season in Belgium.

Charles Leclerc sealed his first ever win in Formula 1 with victory at Spa, holding off world champion Lewis Hamilton, but with their extra power in tow – Ferrari are hopeful of their first win on home soil since 2010 when Fernando Alonso sealed the win.

“Last year, coming to Monza was probably one of the best experiences of my life,” said Leclerc. “The support I had, even though I was not a Ferrari driver, was unbelievable.

“So I can’t imagine now. Obviously, I just won my first race in Formula 1, so I’m pretty sure the welcome will be as great as it was last year but probably even more now, firstly driving for Ferrari and especially because I had my first win in Formula 1. So I’m really looking forward to arriving in Italy.”

It’s all straights, so it’s going to be a happy weekend for Ferrari, most likely.

“In qualifying [at Spa], we’re losing over a second a lap. So, there’s not much me and Valtteri [Bottas] can do in that instance, and there’s not a lot of corners there to catch that up.

“It’ll be interesting. In the next few days, we’ve got to make some drastic improvements to our straight speed, somehow.

“I don’t know if that’s possible, but if anyone can do it, it’s our team.” 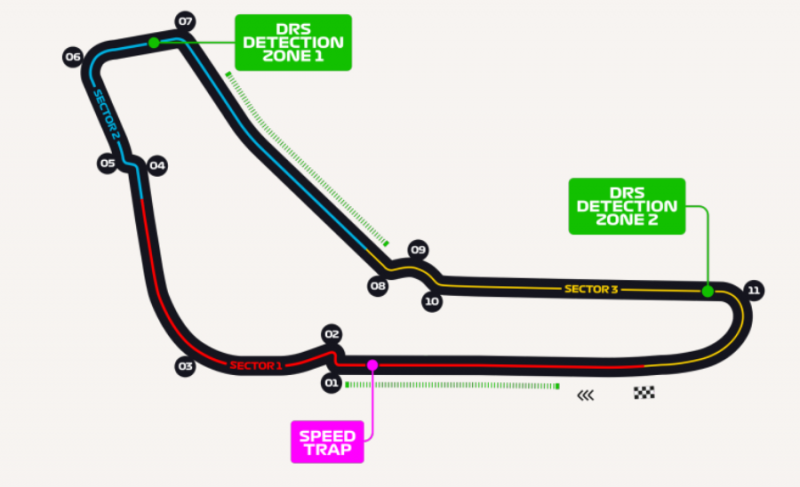 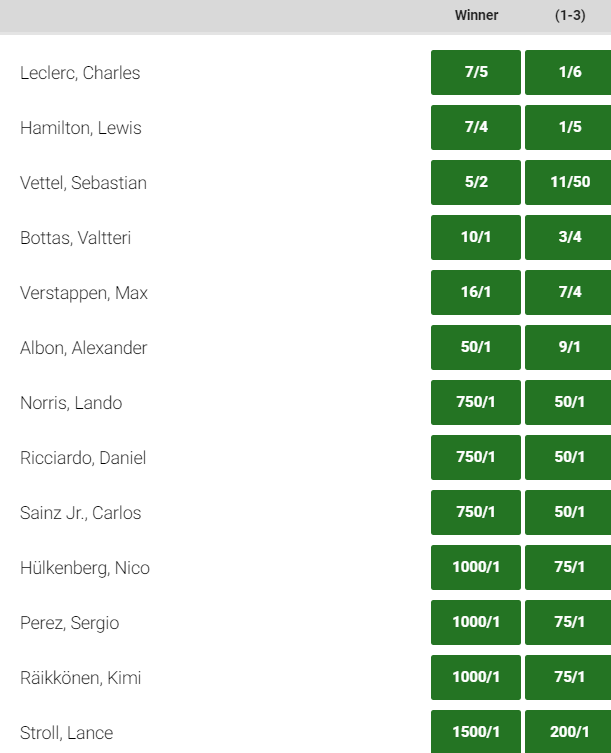 Last week’s first time winner Charles Leclerc is installed as the favourite at Ferrari’s home GP in Monza at 7/5.

Although impressive last week holding off Lewis Hamilton in the late stages, 7/5 may just prove to be short enough.

It is Ferrari’s home GP, but they have struggled for the number 1 spot here in recent years with no win since 2010. Mercedes have taken the last 5 runnings, with second favourite Hamilton  accounting for 4 of them.

Nothing revolutionary here, but with a record like that 7/4 might look very generous come the checkered flag. The other Ferrari of Vettel is next at 5/2 and he will certainly be needing something soon to turn his season around, especially now his ‘junior’ partner is off the mark for the season.