See below as we run through the main tournament of the week – the European Open – for you including facts, odds and picks from our own golfing professional Cliff Jackson and 32Red’s Jack Milner. 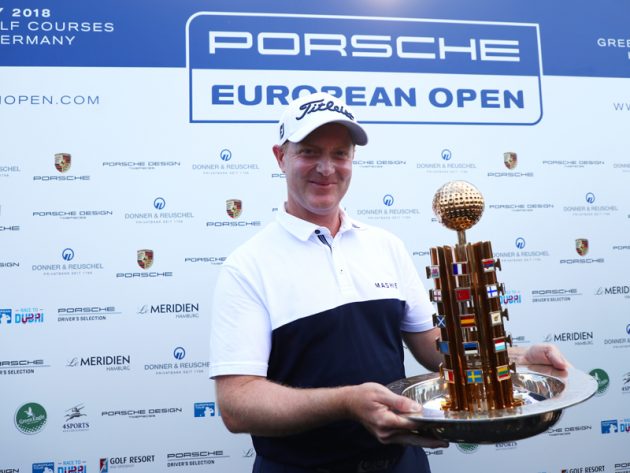 OVERVIEW: The European Open has emerged in recent years as a very good tournament, and the fact it has attracted a number of big name Americans such as Xander Schauffele, Matt Kuchar and Patrick Reed shows the progress.

Paul Casey is back in Europe for a rare visit and he comes into the tournament as favourite, with the defending champion Richard McEvoy rated not seen as a contender at a massive 200/1. 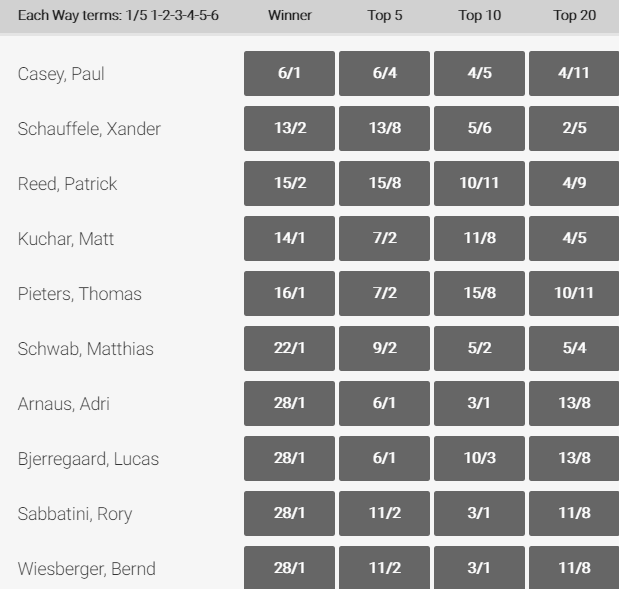 The smell of burnt fingers still wafts across the Porsche European Open with Bryson Dechambeau seemingly home and hosed before a final round collapse 12 months ago and I for one will be hoping that layer’s blushes are spared once more, prior to the arrival of other big stars from across the pond.

With the schedule change bringing the Fedex Cup play-offs to an unusually early finish, the likes of Paul Casey, Xander Schaufelle and Matt Kuchar arrive from the PGA Tour to head this week’s market.

All three boast the length to thrive at the lengthy 7600-yard course, however I’m willing to chance those who are more familiar to those on the European Tour and Brits Bob McIntyre and Paul Waring preferred at bigger prices.

McIntyre has struggled in recent weeks since his purple patch playing links golf earlier in the summer, but remains with unlimited potential on tour. The 23-year old has missed back-to-back cuts in Sweden and Switzerland, but ranks 22nd on tour for strokes gained off the tee, and 35th for scoring average on tour. He should be breaking his duck on tour before long, which is what Paul Waring did just over a year ago when showing tremendous bottle to win the Nordea Masters.

Waring finished T20 when last seen two weeks ago at the Scandinavian Masters and has been the model of consistency so far this season; six top ten finishes and over 800k in prize-money trousered in 2019. He should sneak under the radar but go well at a course should suit, as should compatriot Callum Shinkwin who is too big at 200/1. Shinks has got decent course form to his name and boasts the length to capitalise on a notoriously lengthy course. He withdrew from last week’s tournament after a disappointing opening round, but is chanced to immediately bounce back.

The final selection will be Alvaro Quiros, notoriously one of the longest hitters on tour, and often throws a decent performance in at a big price. Quiros ranks 7th on tour in driving distance and 20th for GIR. He looks too big at 250/1.

Nice to see such a good event in Europe, and pleasing that is being backed by players from around the globe.

And it is the visitors from across the Atlantic that fancy to do well in Germany this weekend. Xander Schauffele sounds like he is from this neck of the woods, and I think he will find himself at home and will go very close.

I would also look at Patrick Reed going close, so this could be an American dominated weekend.