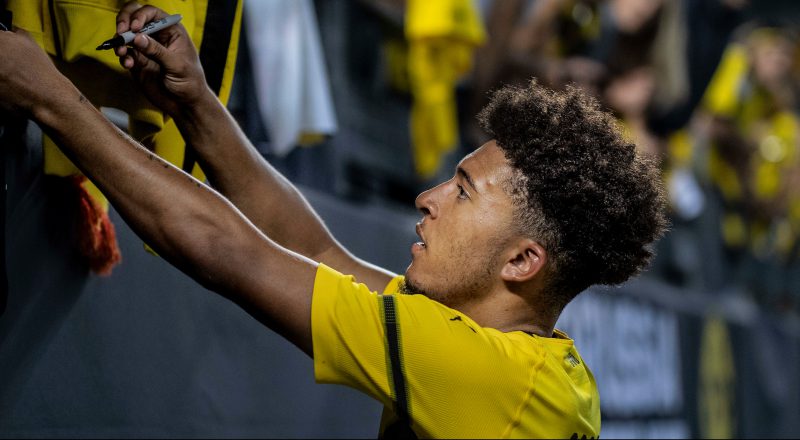 Sancho is emerging as one of world football’s brightest young stars and the 19-year-old is also now a key member of Gareth Southgate’s squad.

Dortmund have already confirmed that they turned down an approach from a ‘super club’ in the summer and they have now revealed that they believe that Manchester United spoke to Sancho’s agents.

“Both his discussions with the club and mine with the agent, a meeting did take place. Manchester United invited the agent.

“According to what I know, the agent told the club that no matter how much money they offer, we won’t let him go this summer. The player also has no intention of taking that step this summer [2019].”

Sancho arrived at Dortmund from City for just £7million – but they would be due a big chunk of any sell-on, whilst they also have first refusal.

But it is United who are favourites to land him, currently at just 4/1 to land him in January.