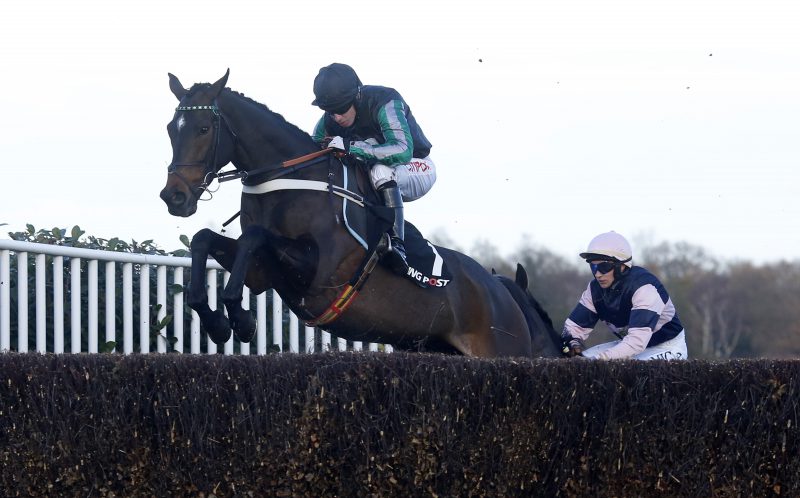 Racing superstar Altior is ready to step up a division with the long-term goal being the Cheltenham Gold Cup.

The brilliant nine-year-old is one of biggest superstars in National Hunt racing, unbeaten in 14 starts over fences, but all his races have been over two miles including two wins in the Queen Mother Champion Chase.

Now after 20 wins in total in his career to date, trainer Nicky Henderson is gearing him up for the longer distance, starting with the Christy 1965 Chase at Ascot in November before the famed King George VI Chase at Christmas.

And if all goes well, Henderson admits that the Gold Cup would then be in their sights.

He told his Unibet blog: “(Owners) Patricia and Chris Pugh came down to the yard this week and saw Altior on the gallops and after plenty of input from everyone, we have decided that we are going to go down the King George route, therefore the obvious race to start in is the Christy 1965 Chase at Ascot on November 23.

“Nico (de Boinville) is definitely of the opinion that he wants at least an extra half-mile and thinks he will actually benefit from going further – in fact he says ‘the further we go the better we go’ so I have to listen as that’s what your jockeys are there for.

“Assuming we get to the King George in one piece and win, then I guess the Gold Cup questions will start being asked, but until we get to Kempton on Boxing Day we simply cannot answer anything else before then.

“I’m sure he will stay further. Sometimes last year everyone could see that he wasn’t going as well in his races as he probably should have been which was because he was nearly flat to the boards, hence we are all in agreement that the step up in trip is in his best interest.

“A lot of people have told me we have to go up to three miles and that he isn’t a true champion until he’s raced over different distances, so OK, he’s being aimed at the King George by popular demand!

“Joking aside, it’s not to prove that point, we are doing it simply because we genuinely believe he wants it.”

In the Gold Cup ante-post market, Unibet make Altior 14/1 to turn up to Cheltenham and win for a fifth year in succession.