Tiger odds slashed for another major - The Gambling Times

Tiger odds slashed for another major 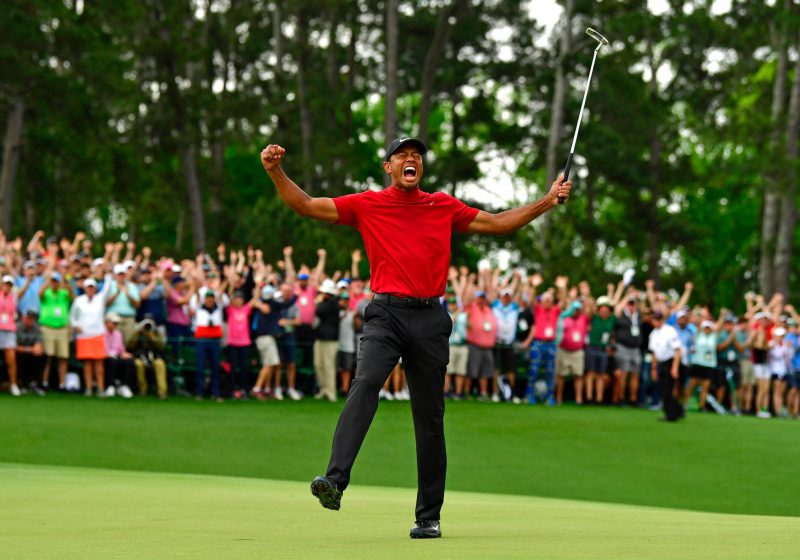 The chances of Tiger Woods closing the gap on Jack Nicklaus’s record haul of major golf championships next year are being gambled already after he returned to the winners’ enclosure in Japan.

Woods completed a final round of 67 on Monday morning to claim a three-shot victory in the weather-delayed Zozo Championship and in doing so drew himself level with Sam Snead’s all-time record of 82 PGA Tour victories.

Now the odds on him adding to his tally of 15 majors in 2020 has been cut into just 3/1 from 5/1 by BoyleSports. Two major victories next year for the current Masters champion, which would bring him to within one of Jack Nicklaus’ record of 18, is 33/1 from 40/1.

Woods is now 8/1 from 10/1 to successfully defend his green jacket at Augusta, meaning he is second favourite alongside Duston Johnson and Rory McIlroy behind 8/1 frontrunner Brooks Koepka for the first major in 2020.

Rory McIlroy, who finished tied-third behind Woods in Japan, is a 15/8 shot to bag one of the four big ones next year as he approaches the sixth anniversary of his last major success at the 2014 PGA Championship.

Lawrence Lyons, spokesperson for BoyleSports said: “The fact that Tiger Woods is showing such good form at this early stage of the season is ominous, especially so soon after surgery. Punters have been keen to get behind him for a major next year and there’s been enough support for us to cut his price into 3/1 from 5/1 not long after he hold the winning putt in the early hours of Monday morning.”