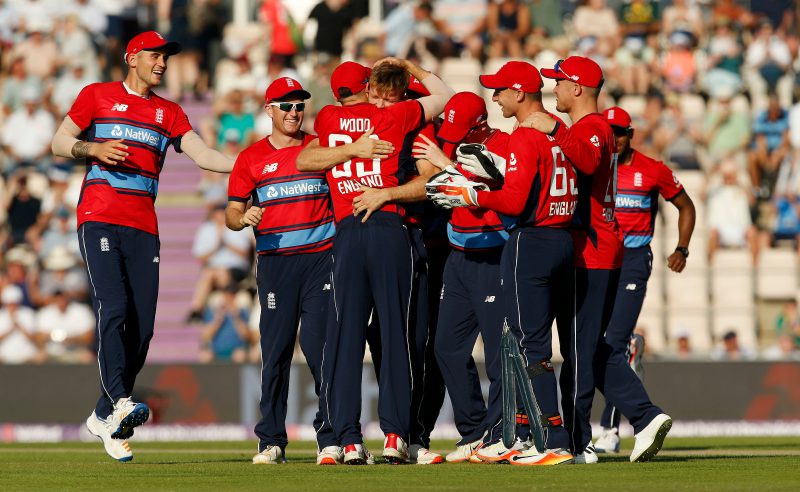 England play New Zealand in Christchurch in the early hours of Friday morning – the first of five T20 Internationals between the teams as preparations begin in earnest for the T20 World Cup in Australia which starts next October.

This will be the first time the sides have met since the ODI (50-over) World Cup Final at Lords back in July when England gained a famous – if rather fortuitous – first World Cup success.

The Black Caps are without skipper Kane Williamson who has injured a hip – but should be fit for the two-Test Series later in the month – while their leading quick bowler Trent Boult will only play in the final two T20Is.

England have played two warm up games in recent days beating a New Zealand XI by six wickets in the opener – Johnny Bairstow seeing the visitors’ home with 78 not out – before they lost by eight wickets against the same opposition with skipper Colin Munro leading from the front for the hosts with an unbeaten century.

The Black Caps are ¾ with BetVictor for the opening T20 with England Evens and I think it will be Tim Southee’s side who have the edge. Johnny Bairstow has a point to prove, having lost his place in the Test squad, and the Yorkshireman is 5/2 at BetVictor to be named top English batsman. Morgan is sure to rotate his squad during the Series with vice-captain Sam Billings likely to get an opportunity behind the stumps although it would not surprise me if Bairstow played all five T20Is.

Martin Guptill didn’t have the best of World Cup’s during the summer, but he gets the vote at 9/4 with BetVictor to be top runscorer of the series for New Zealand.

Revenge we are told is a dish best served cold. Let’s hope the weather does not intervene over the next 10 days, but the Black Caps will want payback for their controversial Lords’ defeat and the nation will want some recompense for the comprehensive Rugby World Cup semi-final defeat in Japan on Saturday.

England travel to South Africa in December for what promises to be the main course of England’s cricketing winter, but 5 T20Is and 2 Tests in New Zealand is a mouth-watering hors d’oeuvre.

The preparations for next year’s World Cup have already begun with Australia – and David Warner in particular with his maiden T20 century – putting down a marker against Sri Lanka in recent days. This is an experimental England side, but it promises to be a most informative series although one I fear they will pull up short.

Charlie’s picks:
New Zealand to win the series at 4/7
Johnny Bairstow to be England top series runscorer at 5/2
Martin Guptill to be the top NZ runscorer at 9/4