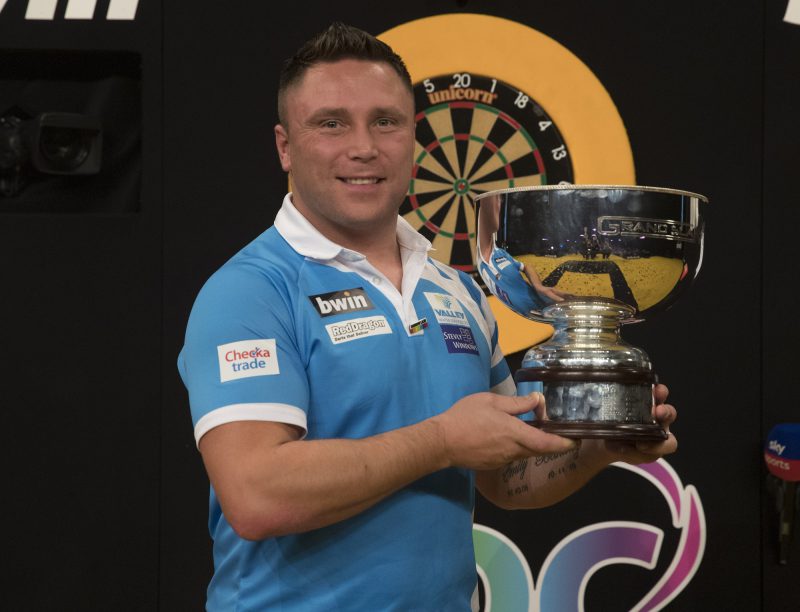 Gerwyn Price will open his title defence at the BoyleSports Grand Slam of Darts against Mikuru Suzuki on Saturday November 9, with the draw for the cross-code tournament producing some intriguing groups.

The group stage will take place across the opening four days, with the 32 players drawn into eight groups of four before the top two from each group move through to the knockout stage from the last 16 onwards.

Three-time Grand Slam champion Van Gerwen opens up against Williams but will also face a rematch with Smith during the group stage, following the Kent qualifier’s recent win over the Dutchman in the European Championship.

James Wade, another two-time finalist in the event, heads up Group B alongside Ian White, Steve Lennon and Wesley Harms, while Northern Irish duo Daryl Gurney and Brendan Dolan are joined in Group G by Germany’s Gabriel Clemens and Dutch debutant Richard Veenstra.

2017 finalist Peter Wright heads Group F, where he is joined by Danny Noppert – who qualified as runner-up from the World Series of Darts Finals last weekend – qualifier Ryan Harrington and Welshman Wayne Warren.

Cross is the 8/1 second favourite, ahead of Wright (9/1), while Price is rated at 11/1 to retain the title, with Anderson a 12/1 chance to finally claim win his favourite event.

“We’re delighted to be the title sponsor of the BoyleSports Grand Slam of Darts this year and look forward to the start of the tournament on Saturday,” said BoyleSports Head of Communications Leon Blanche.

“The best players from both the PDC and the BDO will take centre stage to try and win the Eric Bristow Trophy, and Michael van Gerwen, victorious in the BoyleSports World Grand Prix in Dublin, is having an incredible few months so it’s no surprise to see him as the clear 11/10 favourite, with Rob Cross his nearest rival in the market at 8/1.”