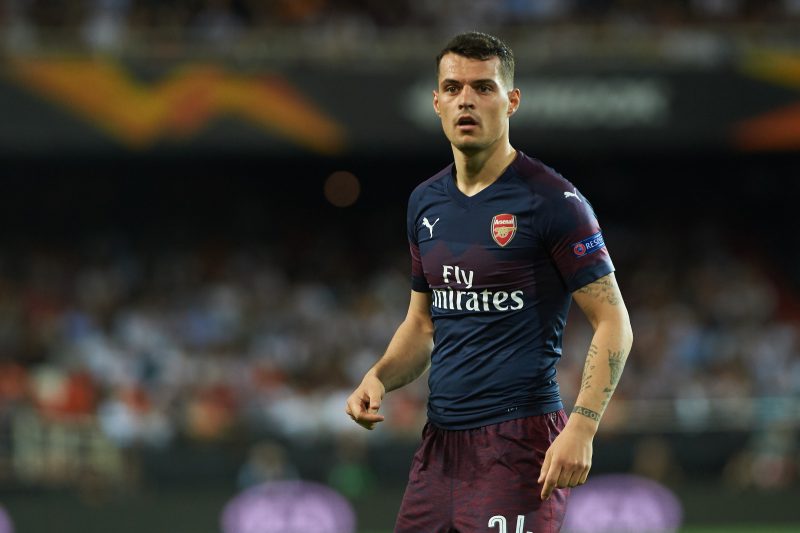 Newcastle United are looking into sealing a loan deal for Arsenal’s Granit Xhaka.

The Swiss international midfielder had a public falling out with the club’s fans after being booed off the pitch and he was stripped of the club captaincy.

Now Xhaka is keen to leave The Emirates in January, and a host of clubs are showing an interest.

A return to Germany is an option with his former club Borussia Monchengladbach – who are currently top of the Bundesliga, whilst Italian giants AC and Inter Milan are also keen, as well as clubs in France and Portugal.

But he does have the option to remain in England with Newcastle, who are hoping that Fabian Schar – a close friend of Xhaka who already plays at St James’ Park, can persuade him to move.

Bookmakers have opened their the market on Xhaka’s future and they believe AC Milan are most likely to land him with BetVictor making them 5/1 favourites.

BetVictor’s Head of antepost Football Michael Triffitt commented: “There are plenty of rumours doing the rounds and AC Milan are BetVictor’s 5/1 favourites after reports the player has been house hunting in the city. Rivals Inter would also seem keen and can be backed at 8/1.

“If the player chooses to stay in the Premier League then Newcastle may offer an escape route with the North East club 14/1 to persuade the Swiss star to move North. If remaining in the capital appeals, West Ham may be the solution and are 14/1 too.

“If Spain is the lure then Atletico Madid at 10/1 may be an option and the player will certainly not be short of offers in the New Year with a whole host of clubs in the race to attract him.”