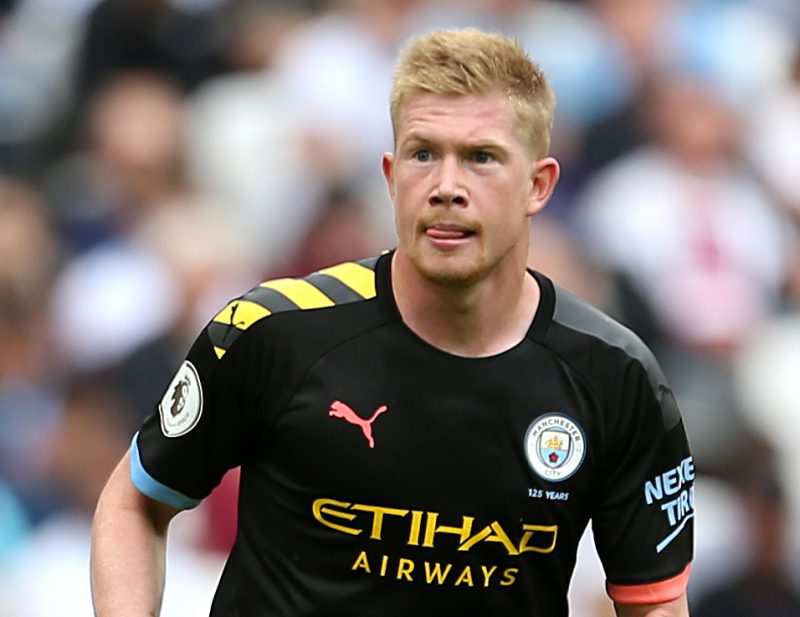 You can’t under-estimate just how good a performance this was from West Ham to take the win, their first win at Stamford Bridge in 17-years and to beat one of the form teams in the country – outstanding from The Hammers, given the pressure head coach Manuel Pellegrini was under.

A stunning display from Kevin De Bruyne – in the first half he scored twice at The Emirates and created another. Unstoppable from a player who on his day is as good as anything in world football.

An brilliant half-volley side-foot finish from the brilliant Belgian to give Man City the lead at Arsenal. Amazing finish.

Save of the Week – Aaron Ramsdale

Brilliant stop from the young English man to stop Emerson scoring a header despite being inside the six-yard box, and it was all the more important as they went on to claim the winner.

Pass of the Week – Chris Basham

Little doubt, the big Sheffield United centre half found himself on the right-flank but brilliantly back-heeled it into the path of John Lundstram who in-turn found Robert Fleck to open the scoring against Aston Villa.

Graeme’s Final Thought of the Week –  Wild about Wilder

Arsenal and Everton are closing in on their new managers – yet Chris Wilder, who in my opinion will be crowned Manager of the Year this season, is not even under consideration.

I am not the only person to heap praise on the Sheffield United chief, but that is going to stop me from doing so again.

What Wilder has done with The Blades is nothing short of sensational, not just bringing them up to the Premier League but now competing with at the top end of the table.

Whether he wants to be or not, Chris Wilder should be in the conversation for both these clubs – he would do a fine, and could very well turn out to be a footballing genius, but he is that unfashionable thing…British.

I suspect he will be named Manager of the Year – but will he get that chance at one of the Premier League’s top clubs?