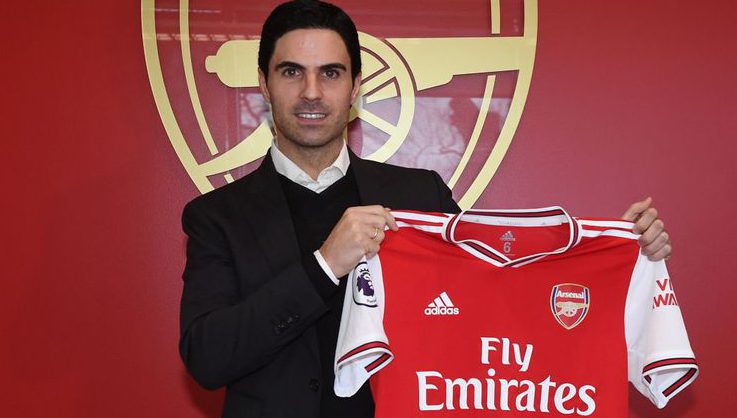 Arsenal have confirmed Mikel Arteta as their new head coach, handing him the job at the second time of asking.

The former Gunners midfielder, who has been worked as number two to Pep Guardiola at Manchester City, thought he had landed the job in 2018 but instead Unai Emery was handed the task of replacing Arsene Wenger.

Things did not work out for Emery and and he was sacked earlier this month, and it is Arteta who the club have handed a three-and-half year deal.

“I have so much respect for this club, if I didn’t feel I am ready and prepared for this I wouldn’t be sitting in this chair,” Arteta said.

“It was always a dream for me. The day I made a decision to leave this football club I said to the people that I am going outside, I am going to learn, get prepared and hopefully one day I can come back here when I feel I am ready.

“I have been preparing for a few years for this challenge to come. I know the expectations, level and stature of this club and what it deserves. I am ready for that challenge.

“They were so convinced they wanted me that I said I have to take the challenge.”

Bookmakers believe Arteta will have some success at the Emirates and he is odds-on to take home a trophy during his time with the club.

Coral make him 4/6 to win a trophy during his reign and is 7-1 to win the Premier League title whilst he is in charge of the Gunners and 10-1 to leave the club before the opening game of the 2020/21 season.

“Arsenal have finally landed their man and the betting suggests he could be a big hit on his return to North London as Arteta is odds-on to win a trophy during his reign in charge of the Gunners,” said Coral’s John Hill.