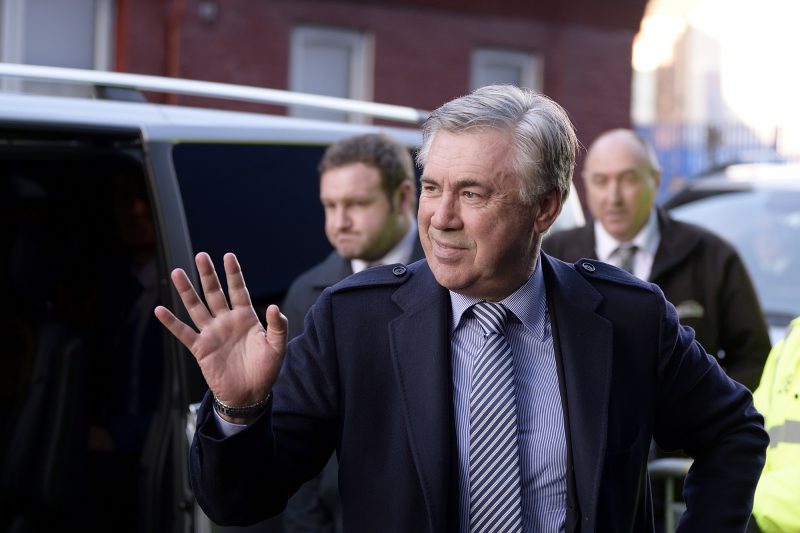 Everton have confirmed the appointment of Italian legend Carlo Ancelotti as their new manager.

The Toffees have been locked in talks with the former Juventus, AC Milan, Bayern Munich and Real Madrid boss, and agreed terms earlier this week.

Ahead of their draw with Arsenal – who only confirmed Mikel Arteta as their new boss on Friday – Everton unveiled Ancelotti had signed on the dotted line.

“This is a great club with a rich history and a very passionate fan base. There is a clear vision from the owner and the board to deliver success and trophies. That is something that appeals to me as a manager and I am thrilled at the prospect of being able to work with everybody at the club to help make that vision a reality,” said Ancelotti.

“I have seen from the performances in the last two weeks that the players are capable of so much. The work Duncan has done is a great credit to him. Strong organisation, strong discipline and the right motivation are some of the key ingredients in football and I’m pleased that he will be part of my backroom team moving forward.”

Bookmakers believe Ancelotti could be destined for some success at Goodison Park and Coral make it 3/1 for him to win a trophy during his time at Everton.

“It’s a big statement from Everton to appoint a manager of Ancelotti’s calibre and after the Italian was confirmed as their new boss, many punters have been backing the Toffees to win a trophy under his reign at Goodison Park,” said Coral’s John Hill.

To win a trophy with Everton
3/1
Coral